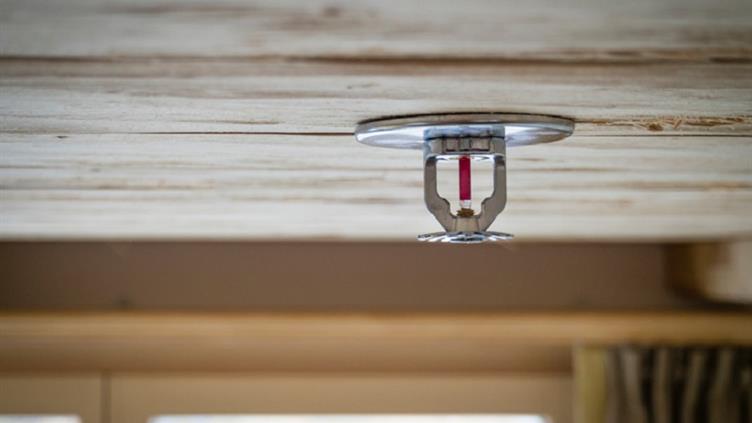 Ahead of the first hearing in the Grenfell Tower public inquiry, IOSH urged the inquiry to investigate UK housing providers' reliance on compartmentation for high-rises -- the use of fire-resistant walls and floors to stop the spread of a fire.

Relying so heavily on a 'passive' approach to fire safety, said IOSH, means the UK lags behind countries that also take a more active approach, with buildings designed to detect and extinguish fire.

A recent BBC Breakfast investigation that focused on half the UK's council and housing association-owned tower blocks found only two per cent have full sprinkler systems. It was launched following the Grenfell

Tower fire in North Kensington, in June, which claimed the lives of scores of residents.

A public inquiry into the causes of the fire and its spread, the adequacy of high-rise regulations, Grenfell Tower's design and refurbishment, and the actions of public authorities before and after the blaze, will hold its first hearing today.

In its response to the consultation on the inquiry's terms of reference, IOSH said the inquiry should find out:

&bullet; Why a decision was taken not to retro-fit sprinklers or other fire suppression systems during the refurbishment of Grenfell Tower

&bullet; Why a review of The Building Regulations 2010, Approved Document B (ADB), was not completed in line with the Coroner's recommendations following the Lakanal House fire and whether this contributed to the Grenfell Tower fire

&bullet; Whether the UK's passive approach (compartmentation) for high-rises is sufficient and whether the active approach used in other countries should also be adopted

&bullet; Why international lessons on fire safety have not been applied in the UK, such as those from the Lacrosse Tower fire and how this can be ensured in future

In a letter to the Department of Communities and Local Government in 2013, following the fatal Lakanal House tower block fire, in Southwark, London, in 2009, Assistant Deputy Coroner Frances Kirkham said: "Evidence adduced at the inquests indicated that retro fitting of sprinkler systems in high rise residential buildings might now be possible at lower cost than had previously been thought to be the case, and with modest disruption to residents.

"It is recommended that your Department encourage providers of housing in high rise residential buildings containing multiple domestic premises to consider the retro fitting of sprinkler systems."

A rapid-spread fire at the high-rise Lacrosse building in Melbourne's Docklands in November 2014 involving flammable cladding, used a sprinkler system and around 500 people were evacuated without fatality or serious injury.

The Lacrosse fire prompted the Victorian Building Authority (VBA) to audit the cladding used on high-rise buildings in Melbourne, which prompted an update to the national building codes.

IOSH Head of Policy and Public Affairs Richard Jones said: "We know that sprinklers can help save lives. Most people will be shocked by the BBC's findings and find them unacceptable in modern Britain.

"This is particularly so, given the Coroner's recommendations following the Lakanal House fire on the retro-fitting of sprinkler systems.

"Croydon Council has taken a positive decision to retrofit sprinklers in their 25 tower blocks -- other councils should follow this lead -- we can't put a cost on saving human lives."

IOSH's full response to the consultation on Grenfell Tower Fire Public Inquiry Terms of Reference can be found here.