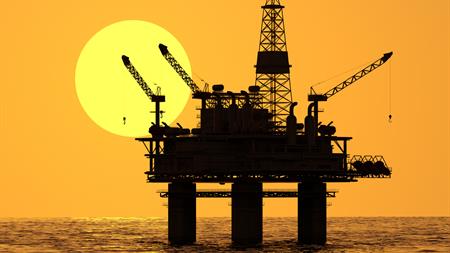 It notes that 2016 saw the offshore sector's first fatality since 2013-2014 -- a worker died unpacking an offshore container.

OGUK notes that the increase in the reportable injury rate -- injuries that necessitate seven days away from work -- follows a historic low in 2015.

"Although any increase is unwelcome, the rate for 2016 remains the third lowest since the measure was first calculated in 1995-1996," said the sector body.

The report also shows that the specified injury rate, which measures more severe injuries, decreased to 0.07 per 100 workers, which is the lowest recorded level, and a 43% reduction since 2013 when the current reporting categories under the Reporting of Injuries, Diseases and Dangerous Occurrences Regulations (RIDDOR) came into effect.

Specified injuries include fractures to major limbs, amputations and crush injuries to the head or torso causing damage to the brain or internal organs. The rate has been on an overall downward trend since 2009-2010 but shows signs of starting to plateau. The total non-fatal injury rate, which combines over-seven-day and specified injuries, mirrors this long-term trend.

Reportable non-fatal injuries per 100 workers compare well with other industrial sectors such as manufacturing, transport/storage and construction. The three-year rolling average in offshore work is below 0.6; the figure for construction is just over 1.0.

The report includes data on leading indicators for major accidents hazards. These include hydrocarbon releases and maintenance backlogs.

The data on dangerous occurrences show that dropped objects is the most frequent type of incident, making up 20% of the total incidents reported. Hydrocarbon releases came a close second (18%).

The Health and Safety Executive (HSE) set up a database on hydrocarbon releases in 1996 in response to Lord Cullen's recommendation in his inquiry into the 1988 explosion and fire on the Piper Alpha production platform in the North Sea, which killed 167 workers.

There were 23 major and significant releases, which are defined as those that have the potential to escalate, in 2016, the lowest number on record and less than 20% of the figure reported in 1997.

Helicopter transport risks are an area of significant concern for offshore workers, as multiple-fatality incidents continue to occur worldwide. Though there was only one reportable non-fatal helicopter accident on the UK continental shelf in 2016, 119 offshore workers and flight crew have been killed in helicopter crashes since 1976. The number of passenger journeys by helicopter to and from offshore installations decreased from around 825,000 in 2015 to around 715,000 last year, mainly due to effects of the low oil price on exploration drilling.

Ten RIDDOR-reportable ill-health cases were recorded in the sector in 2016. The annual total has varied over the years, but the annual average reported since 2000 has been just under 15. Of last year's total, seven were related to musculoskeletal disorders, primarily hand-arm vibration syndrome.

OGUK's report shows that the proportion of offshore workers failing medical examinations was 1.1% (1,125 workers), consistent with the previous three years. The most common reasons for individuals being declared unfit to work offshore has remained unchanged. The 2016 data shows that blood pressure (23%) was the most common reason workers failed medicals, followed by diabetes (12%) and cardiovascular disease (9%). In 2014, a study was published showing the average weight of offshore workers had increased by 20% in the previous 30 years.

"It is doubtful that any other UK employment sector could compile and publish a similar summary of their overall annual health and safety performance," he said. "But, most importantly, it doesn't shrink from reporting 'bad news' when there is some."