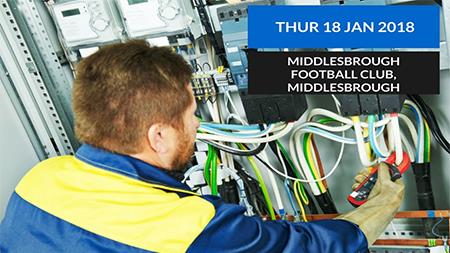 "We have been working on arc flash programmes in Ireland for coming up to a decade," says Hogan, who has spoken at a number of international events on the electrical phenomenon. "The US influence has been obvious there and we've seen real progress when it comes to implementing arc flash and electrical safety programmes which are required in the large number of American head-quartered pharmaceutical and bio-pharma facilities based there.

"Since launching into the UK, we've seen awareness of this issue start to grow and many facilities we are working with now not only have an awareness of the issue but are implementing stringent arc flash programmes to protect their workers."

Hogan added that there is a way to go yet --with some confusion around PPE, labelling and safe working distances, but the most positive news is that plant managers and health and safety officers are undertaking to address this issue, which has been overlooked for some time.

"This is a very positive move, considering the severe impact an arc flash explosion can have on an individual worker," he said.

There is much anecdotal evidence of arc flash incidents, both accidents and near-miss incidents, in the UK and Ireland in recent years, the most serious of which have resulted in court prosecutions. Despite this, official statistics on accident and incident numbers are hard to come by. Neither the Health and Safety Executive (HSE) in the UK nor the Health and Safety Authority (HSA) in Ireland publish detailed breakdowns of electrical work accidents. By comparison, the US National Safety Council records 30,000 arc flash incidents a year, with 7,000 burns, 2,000 of which require hospitalisation.

Premium Power run educational seminars across the UK to help raise awareness of the issue. Their next Electrical Safety, Arc Flash and PPE seminar takes place in Middlesbrough on 18 January.

Register your interest in attending

Topics
Personal protective equipment
Products and services
This content is paid for and not an endorsement from IOSH or IOSH magazine.