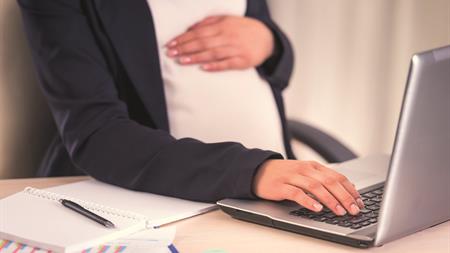 The Department for Business, Energy and Industry Strategy (BEIS) is consulting on extending the current legal protection against dismissal for pregnant women and new mothers on maternity leave for up to six months after they return to work.

The ten-week consultation will also look at applying the same rights to parents returning from adoption and shared leave.

The proposals come after research commissioned by the BEIS in collaboration with the Equality and Human Rights Commission (ERHC) in 2016 found one woman in 19 said they had been fired or made redundant when they returned to work after having a child. In some instances, the women were treated so badly they felt forced out of their job.

The research, which is based on survey interviews with 3,254 mothers and 3,034 employers, estimated that as many as 54,000 mothers a year felt they had to leave their job. It also found that a quarter of employers thought it was reasonable during recruitment to ask female candidates about their plans to have children.

A 2017 EHRC survey of more than 1,000 decision makers in business found around one third of private sector employers believed it was acceptable to ask women about their family planning in interviews. The final report says: "[This shows] that business attitudes can be slow to change and the potential for discrimination persists at all stages of a mother's employment journey."

Prime Minister Theresa May said: "It's unacceptable that too many parents still encounter difficulties when returning to work. [The] proposals are set to provide greater protection for new parents in the workplace and put their minds at ease at this important time."

The BEIS said: "This move goes further than current EU requirements on maternity entitlements and parental leave, showing that the UK is going even further in its commitment to workers' rights and meeting the challenges of the changing world of work. This follows the biggest package of workplace reforms for over 20 years that was set out by the business secretary in December 2018."

The consultation seeks views on extending redundancy protection and how best this would be achieved.

Business minister Kelly Tolhurst said: "Pregnancy and maternity discrimination is illegal. But some new mothers still find unacceptable attitudes on their return to work which effectively forces them out of their jobs."

Justine Roberts, founder of parent website Mumsnet, added: "[Our] users talk a lot about pregnancy and maternity discrimination and in a 2018 survey 96% of women we surveyed said having children affected mothers' careers for the worse.

"It's a multifaceted problem requiring a change in attitude and culture as well as legislation, but stronger legal protection is a very welcome first step."

The consultation forms part of the government's response to the Taylor Review, which recommended it "should review, and in any event, consolidate in one place guidance on the legislation which protects those who are pregnant or on maternity leave to bring clarity to both employers and employees".

It will run until 5 April.