UK government invests £26.6m in robots for confined spaces and work at height 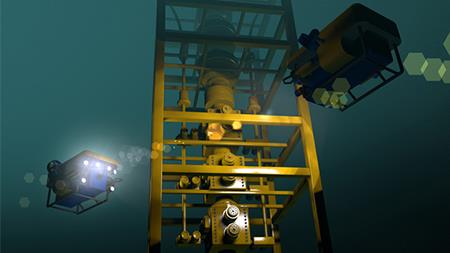 Fourteen projects have been awarded £19.6m from the Industrial Strategy Challenge Fund (ISCF), to develop machines for maintenance and inspection work in environments such as pressure vessels, offshore wind farms and end-of-life nuclear facilities. The projects will develop a mixture of ground-based, airborne and underwater devices.

A further £7m has been awarded to the universities of Sheffield, Birmingham, Bristol and Leeds, whose researchers are working together to develop miniature robots, measuring about 1 cm, which will use sensors and navigation systems to find and mend cracks in services pipes underground. The government estimates a substantial potential saving to the UK economy in reducing the 1.5 million road works a year.

The £26.6 million investment will be overseen by UK Research and Innovation (UKRI), the independent body funded by the by the Department for Business, Energy and Industrial Strategy (BEIS). The grant is part of BEIS's Industrial Strategy, launched in November 2017 which aims to promote the development of new technology and high-skilled jobs in fields such as robotics and artificial intelligence.

The projects covered by the funding include Prometheus, a mine inspection robot led by London-based Headlight AI and OSIRIS developed by Autonomous Devices in Milton Keynes, which will combine the aerial photography capability of a drone with the ability to attach itself to a structure at height for close-up inspection and remediation.

Health and Safety Executive chair Martin Temple added: "As a regulator we want to encourage industry to think about how technologies such as robotics and AI can be used to manage risk in the workplace, safeguarding workers both now and in the future world of work."