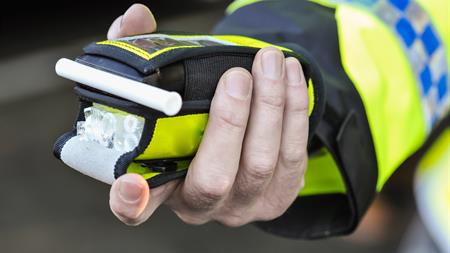 A government statement on road safety plans published last month revealed that the policy review will focus on how to ensure the automatic control systems, which are designed to prevent driving with excess alcohol by requiring the driver to blow into an in-car breathalyser before starting the ignition, is "both accessible and reliable".
According to the European Transport Safety Council (ETSC), there is already a good body of evidence from several countries that alcohol interlocks cut reoffending rates both during and after participation in rehabilitation programmes.
The ETSC published a review of current approaches in a 2016 report in association with the Netherlands Institute for Road Safety Research.
Durham Constabulary has been running a voluntary trial of alcohol interlocks since 2018. It has been working with manufacturer Smart Start, to fit the interlocks on offenders' vehicles on a voluntary basis.
The devices are commonplace in countries such as the US and Denmark. They require the driver to pass a breath test before they can start the vehicle. Each device has a built-in camera to record who is providing the sample of breath.
Data published in early 2019 showed that UK drink-driving deaths in 2017 were at their highest since 2009.
Department for Transport figures showed that between 240 and 330 people were killed in crashes on Britain's roads in 2017 where at least one driver was over the drink-drive limit. The figure represents 16% of all road deaths.
Topics:
Hazardous substances
Road safety
Transport and logistics
News
Share