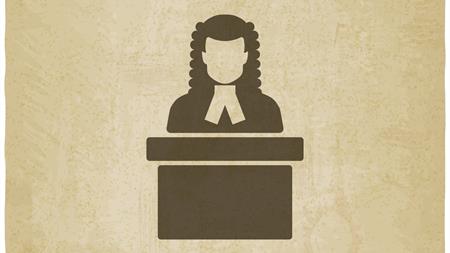 The drop was revealed in answers to parliamentary questions tabled by Stephen Hepburn, Labour MP for Jarrow, by Justin Tomlinson MP, the Parliamentary Under Secretary of State (Department for Work and Pensions).

UCATT said the fall in conviction rates is in spite of HSE findings that management failures caused or contributed to 70% of construction worker deaths. An internal audit previously carried out by the HSE estimated that prosecutions should occur following 60% of construction deaths.

Tomlinson's answers also revealed that the length of time between a construction fatality and the start of a prosecution had increased in the last five years. In 2014/15 the average number of days between a fatal accident and a prosecution was 879 days.

The average time it takes for a prosecution to be approved after a construction worker fatality, since 2005, is 751 days and 15% of cases fail to reach the prosecution stage until three to four years after a worker's death.

"These figures reveal there is something terribly wrong in how we are dealing with workplace accidents," said Hepburn. "From an already poor base we have seen a serious decline in conviction rates and an increase in delays before a prosecution even begins."

UCATT's acting general secretary Brian Rye said: "The length of time between a fatal accident and a prosecution is far too long. Justice needs to be done but it must be done more quickly."

The union also said the drop in conviction rates cannot be attributed to a high level of not guilty verdicts because the HSE has achieved an overall conviction rate of 91-95% in recent years.

The HSE released a statement in response to UCATT's interpretation of the statistics. It said: "There has been no fall in conviction rates for HSE prosecutions. It actually rose from 92% in 2010/11 to 94% in 2014/15. The reduction referred to in the UCATT statement (we think) relates to the numbers of fatalities in construction for which prosecutions have been approved. The percentage of fatalities leading to a decision to prosecute in the same year will be lower in recent years as a number of the more complex investigations will still be ongoing or are progressing through the courts."

The executive explained that several long-running investigations have been concluded in recent years, resulting in an increase in the average time between an incident and a prosecution approval. However, it said other data provided in response to parliamentary questions shows that over the last decade 23% of cases were approved for prosecution within a year of a fatality, 27% in the second year, and 30% in the third. Therefore 80% of HSE prosecutions were approved within three years of the date of death, as recommended by the Work Related Deaths Protocol National Liaison Committee.

An early day motion on this issue was put down by Hepburn.