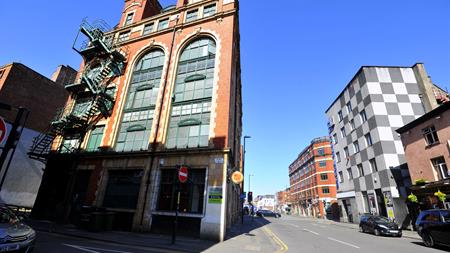 Manchester Crown Court heard last week that Hatters Taverns had appointed its sister company Hatters Hostels as the main contractor for the refurbishment, which was planned underneath a hostel at 50 Newton Street, Manchester.

The work involved the refurbishment of the basement, a former restaurant unit, as a bar.

When the HSE arrived unannounced to inspect the work, inspectors discovered that an asbestos survey had not been carried out before the tradesmen had started stripping out the space.

According to a report in the Manchester Evening News work had already been underway for eight months and had involved workers from six firms. While no asbestos had been found on the three walls which had been renovated at the time of the HSE inspection, it was impossible to determine whether any had been present because the refurbishment work had removed any potential evidence.

However, the HSE did find asbestos in the form of fire-retardant textured paint in a section that had yet to be stripped out.

The Manchester Evening News also reported that the firm had mistakenly believed that a subcontractor that was in charge of the project for the first five weeks had carried out the survey.

Hatters Taverns of 50 Newton Street, Manchester pleaded guilty to breaching reg 4(3) of the Control of Asbestos Regulations (CAR) 2012 and was fined £10,000.

Hatters Hostels of 56-60 Mount Pleasant, Liverpool pleaded guilty to breaching reg 5(a) of CAR 2012 and was fined £24,000. It was also ordered to pay the combined costs for both defendants of £10,232. The HSE has predicted that around 2,500 people a year will die from diseases caused by asbestos exposure until 2020 before annual numbers begin to decline. Asbestos-related diseases are currently untreatable and preventing future cases remains a priority.

HSE inspector Matt Greenly said: "The requirement to have a suitable asbestos survey is clear and well known throughout the construction industry. Only by knowing if asbestos is present in any building before works commence can a contractor ensure that people working on site are not exposed to these deadly fibres."