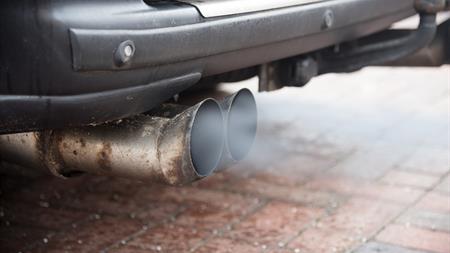 New guidance from the UK's trade union body says that, by replacing workplace diesel-fuelled vehicles with ones that are powered by compressed natural gas or electricity, bosses can prevent exposure for drivers, seafarers, mechanics, construction and railway workers, and those who work underground and in warehouses.

Diesel engine exhaust emissions (DEEE) are carcinogenic. They are linked to at least 800 new cases of bladder and lung cancer in the UK every year and lead to 650 deaths. Regular exposure can also increase the risk of other lung diseases and heart failure and may cause or worsen respiratory diseases such as emphysema or bronchitis.

The Health and Safety Executive (HSE) estimates that more than 100,000 workers are exposed to high levels of these fumes. IOSH, which has developed DEEE resources as part of its No Time to Lose occupational cancer campaign, said this figure could be closer to 500,000.

The resource, Diesel Exhaust in the Workplace, notes that where it is not possible to eliminate DEEE, "simple measures" can reduce the level of emissions. It suggests replacing older engines with ones that are more efficient, opening doors and windows, prohibiting unnecessary idling, and implementing off-limits areas for diesel-powered vehicles only.

In addition, employers that believe they cannot control DEEE exposure for offsite employees are mistaken, the guide says.

Planning alternate routes to avoid polluted roads, installing air monitors in taxis, and ensuring that those working on busy streets do so only for a limited time on a rota basis can reduce DEEE exposure for drivers, couriers, traffic wardens, street cleaners and toll collectors.

TUC general secretary Frances O'Grady said: "Diesel exhaust is now one of the biggest workplace killers after asbestos. It's a ticking time bomb for tens of thousands of workers around the UK.

"Employers must take action to keep their staff safe and remove diesel emissions in their workplaces."

In the UK, DEEE are regulated by the Control of Substances Hazardous to Health regulations but an occupational exposure limit has not been set.

Earlier this month the European Parliament and the European Council agreed on the European Commission's second proposal to update the Carcinogens and Mutagens Directive with eight additional cancer-causing chemicals, including diesel exhaust.

The provisional agreement will be submitted to the European Council's Permanent Representatives Committee for approval before it is voted on by the European Parliament.

How this affects the UK will depend on the outcome of Brexit negotiations.

Commissioner for employment, social affairs, skills and labour mobility, Marianne Thyssen, said: "The European Commission, the European Parliament and the Council reached an agreement on legislation covering a further eight cancer-causing chemicals, including diesel exhaust. This will ensure better protection for more than 20 million workers in Europe.

"Workers in the chemical, metal and car industry, professional drivers, construction workers and workers in the dock and warehouse sector will benefit. At the same time, it will make our internal market simpler and fairer, with particular attention to help small and micro-enterprises comply with health and safety rules."

She added: "I hope this agreement will be confirmed quickly, so we can make a real difference on the ground and prevent more than 100,000 cancer deaths over the next 50 years."