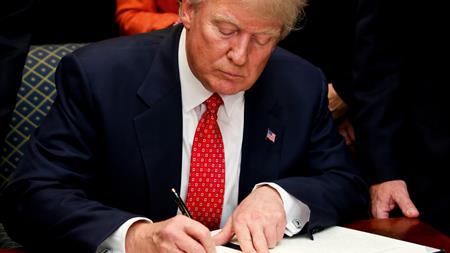 The CSB has been notified that the new administration's budget proposal for 2018 includes no provisions for its work. If the budget is not amended the CSB will be effectively abolished from October this year.

The board investigates major chemicals accidents and makes recommendations to prevent recurrences. It has no regulatory power but its investigations and findings are influential, informing the work of the Occupational Safety and Health Administration and the Environment Protection Agency (EPA). The EPA also faces substantial budget cuts under President Trump's proposals.

The CSB's reports on landmark safety and environmental failures, such as the 2005 explosion at BP's Texas City refinery and the 2010 Deepwater Horizon drilling rig blowout and oil spill, are widely cited in the industry.

The board has an annual budget of about $12 million (£9.5 million). The proposed federal spending plan for 2018 withdraws this funding along with that of 18 other federally-sponsored bodies.

The proposal follows the US Senate's approval in February of Trump's proposals to abolish requirements set in place by his predecessor for employers to keep injury records for five years and for organisations bidding for federal government contracts to disclose their accident statistics.

Beth Rosenberg, assistant professor at Tufts University School of Medicine, Massachusetts, and former CSB board member, told the Reuters news agency that the CSB's opponents "don't know what they're doing here or how useful this board is".

CSB chair Vanessa Allen Sutherland was appointed for a five-year term by President Obama and cannot officially be removed by the new administration. However, federal agency chairs have stepped aside in the past at presidential transitions and it is not clear how Sutherland could remain in post if the agency she heads had been wound down.

Sutherland said she was "disappointed to see the president's budget proposal to eliminate the agency. The CSB is an independent agency whose sole mission is to investigate accidents in the chemical industry and to make recommendations to prevent future accidents and improve safety [-¦] Our investigations and recommendations have had an enormous effect on improving public safety. Our recommendations have resulted in banned natural gas blows in Connecticut, an improved fire code in New York City, and increased public safety at oil and gas sites across the State of Mississippi.

"The CSB has been able to accomplish all of this with a small and limited budget. The American public is safer today as a result of the work of the dedicated and professional staff of the CSB. As this process moves forward, we hope that the important mission of this agency will be preserved."