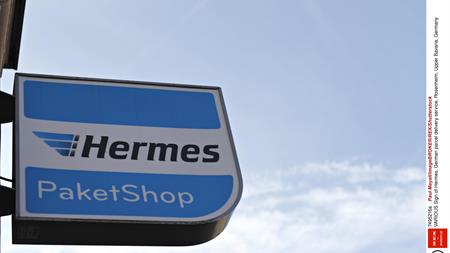 A group of 65 delivery drivers took the company to the tribunal to argue they were not self-employed, as stated by Hermes, but were workers and therefore had the right to receive the national minimum wage and holiday and sick pay. Hermes exercised a high level of control over them and presented them to the public as part of its workforce, they said.

The ruling at the Leeds Employment Tribunal could affect the 14,500 Hermes couriers currently engaged under the same contract. The company delivers for major retailers including Amazon, Asos and Next.

The GMB Union, which helped bring the claim, hailed it a "landmark legal victory". Its general secretary, Tim Roache, said: "This is yet another ruling that shows the gig economy for what it is -- old fashioned exploitation under a shiny new faÃ§ade." He described it as a "another nail in the coffin of the exploitative bogus self-employment model which is increasingly rife across the UK".

The back pay and compensation the drivers are eligible to receive will be determined at a future hearing in the Employment Tribunal.

Michael Newman from the law firm Leigh Day, which represents the claimants, said: "Hermes claim that the job of a courier offers a flexibility that is consistent with being an independent contractor. In reality, the majority of Hermes couriers sign up as 'round holders' with an expectation that they must work six days a week.

"They must deliver some parcels within a selected time slot and attempt delivery of every parcel on the day it is handed to them. Their performance is closely tracked and they are subject to disciplinary procedures if their performance does not meet the standards set by Hermes. Payment is entirely dictated by Hermes, who decide how couriers are paid (in part based on performance) and event generate the invoice for them.

"This judgment goes some way to addressing those issues [-¦] It is yet another example of an employer who has incorrectly classified their workers as self-employed independent contractors and denied them the rights to which they are entitled."

A Hermes spokesperson said: "We will carefully review the tribunal's decision, but we are likely to appeal it given that it goes against previous decisions, our understanding of the witness evidence and what we believe the law to be.

"Nevertheless we have always been fully prepared for any outcome of this decision and its impact on 15 couriers and former couriers. In the meantime it is business as usual and we remain committed to providing couriers with the benefits of flexible working and the ability to earn well in excess of the national living wage."

It is the latest case to have implications for the gig economy. Earlier this month the Supreme Court dismissed an appeal by Pimlico Plumbers founder Charlie Mullins who argued one of his engineers was self-employed.

The tribunal's judgment conforms with verdicts in previous cases brought by the GMB against ridesharing company Uber and London-based private hire firm Addison Lee, where judges ruled that staff should be classed as "workers".