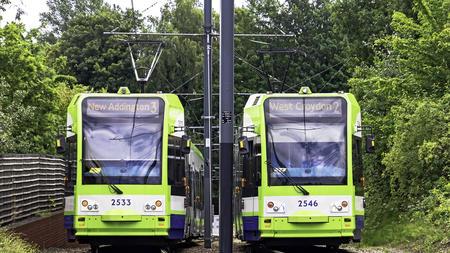 Seven people were killed and 62 injured when the tram, which was travelling at 73 kph when it approached a bend with a 20 kph speed limit, derailed and overturned at the Sandilands junction in south London.

The RAIB published its report into the accident last December and made several recommendations.

Tram industry representatives, including operators, owners, industry trade group UKTram, the Department for Transport, Transport for London and the Rail Safety and Standards Board, attended a tram safety summit in Manchester on 22 January to discuss how they would improve safety after the incident.

The conference was organised by the Office of Rail and Road (ORR), which has urged the industry to work together to implement the cross-sector recommendations quickly and efficiently.

The ORR, along with representatives from the tram industry, is now setting up a shadow board steering group, which will agree a timeframe for putting the recommendations into action.

A spokesperson for the ORR told IOSH Magazine that several organisations, including Tram Operations, which runs the light rail tram system through Croydon from Wimbledon and New Addington, had "already started doing very good work". The committee will "make sure it's being done in a timely way", he said.

In its report the RAIB made 15 suggestions intended to ensure that a similar accident could not happen again. These included: considering new technology such as systems to monitor driver alertness; improvements to safety managements systems; encouraging a culture in which everyone feels able to report their own mistakes and a dedicated body for UK tramways.