Trainers aim to drive up Bangladesh health and safety standards 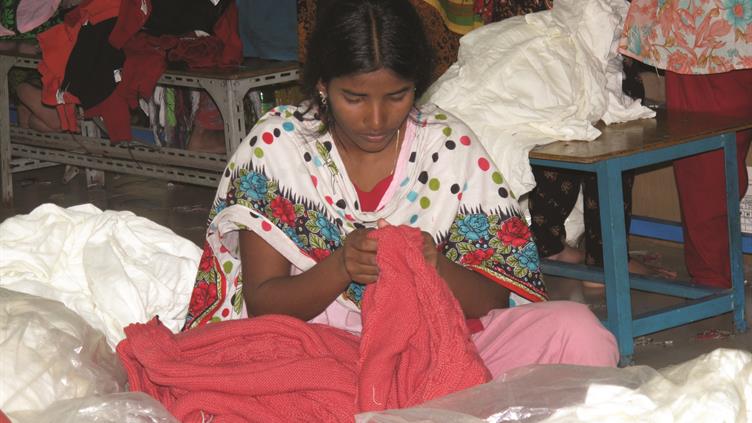 The 15 women and 14 men were the first cohort of trainers to be recruited to the OHS (Occupational Health and Safety) Initiative for Workers and Communities, which is co-funded by the Institution of Occupational Safety and Health (IOSH).

They attended a five-day course just outside of Dhaka in September before attending separate training sessions over the past three months.

Having gained the information and skills required, they will now return to their organisations to conduct the workshops.

A further group of trainers will be selected in early 2018 to undergo the sessions, while the first group will have the chance to have refresher training. In all, it is expected that 75 people will be trained in during the three-year programme.

The 'train the trainer' sessions cover a variety of areas, including training methodologies and specific health and safety-related material such as hazard identification, risk assessments, types of control measures, leadership skills, and fire and electrical risks.

Sumaiya Akhter, one of the training participants, said: "Before the training, I knew how unsafe our factories can be, but I lacked concrete knowledge. I wasn't able to actually tell workers specifics about the kinds of risks and what to do if they came across such risks.

"Even a simple chair can have a lasting impact on your health, and more importantly, they deserve better than to just accept everything handed to them."

Richard Jones, Head of Policy and Public Affairs at IOSH, said: "We're delighted with the progress so far. It's really great to hear the positive feedback from those trained and how it will help them to take an active role in prevention.

"Though the initial focus is on the garment sector, future courses will cover tanneries, ship-breaking and construction industries. This training will potentially help improve working lives and prevent work-related injury, illness and death in Bangladesh."

As well as IOSH, other organisations to fund the project are the World Solidarity Movement (WSM) in Belgium, the National Fire Protection Association (NFPA) in the USA, LUSH Cosmetics "Charity Pot" in Canada, and a group of anonymous donors in San Francisco, California. Together they have provided more than $53,000 for the first year.

Garrett Brown, Co-ordinator of the California Collaborative, said: "This project has already begun to increase the OHS capacity of the six organisations involved. The expanded repertoire of their grassroots trainers will constantly expanded the circle of knowledge.