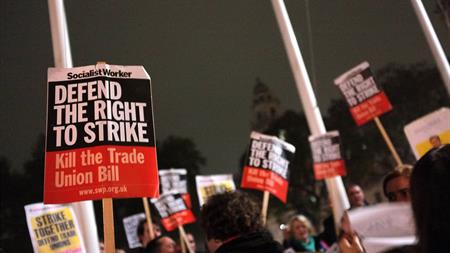 The House of Lords had previously passed an amendment to delete Clause 13 of the Bill and thus remove ministers' power to impose a cap on union reps' facilities time.

The government tabled a motion in the House of Commons to strike amendment 17 (which removed Clause 13) to restore its ability to cap facility time, but proposed five amendments:
1. the cap will not be implemented until three years have elapsed after transparency regulations come into force
2. where there is cause for concern about levels of facility time, public sector employers will be put on notice and given at least a year from the date of such notice to make progress before a cap can be applied
3. the employer will have the opportunity to set out the reasons for their levels of facility time
4. the minister will have to regard clear criteria when considering the exercise of the power.
5. employers will have an opportunity to take action to meet the minister's concerns and to evidence it via their data. If there is insufficient progress, the minister will then be at liberty to exercise the reserve power and make regulations to cap facility time for that employer or those employers.

"These safeguards provide a high degree of comfort about the circumstances that must arise before the reserve power could be contemplated," said Lord Bridges of Headley, parliamentary secretary to the Cabinet Office. "They underline that this is very much a reserve power to be used in exceptional circumstances -- only where valid concerns have been raised and inadequately addressed over a long period."

Despite his belief that "there is no convincing case for why the clause is needed", Lord Kerslake, who first moved to strike Clause 13 in the Lords, acknowledged the safeguards introduced by the government "that will protect public bodies from arbitrary power in this situation" and welcomed the movement.

Commenting after the final debate, Trade Union Congress general secretary Frances O'Grady said: "While we are pleased to have secured significant changes to the Trade Union Bill, it still remains a very bad and divisive bill. This legislation, even in its amended form, poses a serious threat to good industrial relations and is completely unnecessary."

The commencement date for the Trade Union Act has not yet been set.