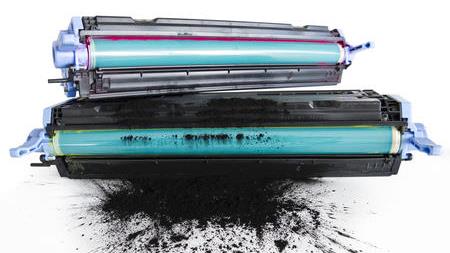 Toner cartridge recycling company Ereco EMEA has been fined £30,000 over the accident, which happened on 3 October 2011.

Portsmouth Crown Court was told that dust residue inside a toner cartridge ignited while it was being pulverised at the Lingford facility. Toner dust comprises several combustible materials, including carbon and iron.

Five people sustained serious injuries, including a 30-year-old employee who was put in an induced coma and remained in hospital for 15 weeks.

A joint investigation by the Health and Safety Executive (HSE) and Surrey Fire and Rescue Services found that Ereco had failed to ensure there was a safe system in work in place to reduce the risk of dangerous substances.

It had not carried out suitable fire risk assessments and had failed to follow guidelines in the Dangerous Substances and Explosive Atmospheres Regulations, they said.

The investigation also found that Paramount Waste Extraction, the company that designed the machine used to process the cartridges, had failed to consider the fact its machines would need to handle waste cartridges with more than residual powder left inside.

The HSE said the company relied on generic data to assess the possibility of an explosive atmosphere.

Denise Turner-Stewart, Surrey County Council's cabinet member for communities, said: "Despite warnings, Ereco failed to deal with the risk of fire at its plant leading to a catastrophic explosion of flammable toner power."

Ereco pleaded guilty to breaching the Regulatory Reform (Fire Safety) Order 2005 and s 2(1) of Health and Safety at Work Act for failing to take general fire precautions. It was fined £15,000 for each offence and ordered to pay costs of £30,000.

After the hearing HSE inspector Michelle Canning said: "All the employees involved in this incident are extremely lucky this explosion didn't prove fatal.

"Ereco failed to take the required precautions before starting a process of work with dangerous substances and this failure resulted in this serious, life threatening explosion."