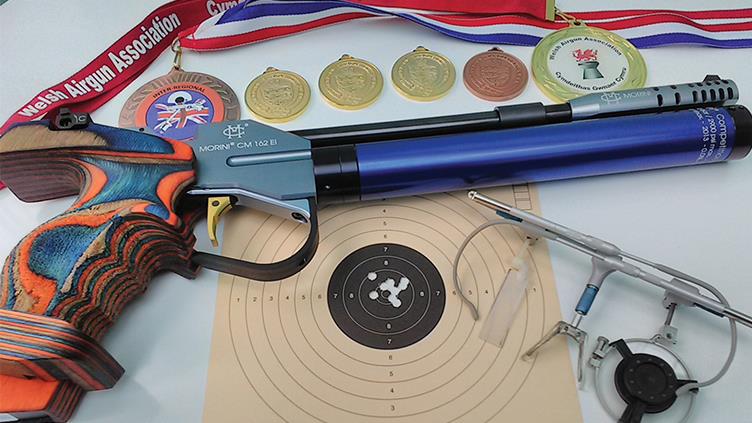 In 2007, I had my eyes lasered. A little while later I was watching the Olympics and I looked at the shooting and wondered: "Have I still got it -- could I still be good?" So I went to a shooting range and that's how I got started again. I went round a few clubs and ended up at Wigan. I got all the kit -- I bought a pistol and shooting glasses -- and I've become quite good.

The technique had died off a bit. The first time I lifted a pistol I raised it and my arm swung to the side. In an hour, though, it had all come flooding back.

I chose a 10 m air pistol because it's the most difficult and requires the most discipline. I'm better with a rifle, but I enjoy the challenge of the air pistol. I train five or six nights a week, a couple of those on the range at Wigan. 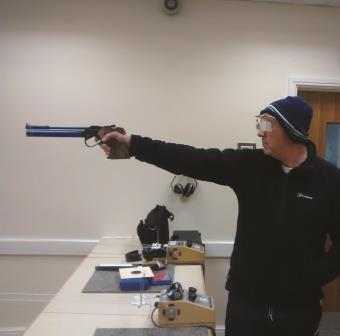 What keeps me going is that I haven't shot my best shot yet. I want to keep getting better. As a sport, it's addictive. All shooting requires discipline and commitment; air pistol demands a high level of concentration.

At 19 years old when you're shooting, everything is quite natural. But as you get older -- I am 56 -- age does affect your ability. You have to exclude all other thoughts; you have to concentrate on the process and switch off everything else. As they say about golf, it's 10% technique and 90% mental discipline. You have to go to a place -- to zone out.

Last year, competing against people who were half my age, I won the County of Lancaster 10 m Air Pistol Championship, which is something that years ago I didn't think I'd ever achieve.

Ten-metre air pistol is an Olympic sport. People start as young as 14 and there is no age limit -- there's an 82-year-old who is very successful. In a match you raise your arm 100 times and you have to hold your breath for 15 seconds for each shot. You are using one arm only so, altogether, it's quite demanding on the body. Fitness is essential so I go power-walking and do light weight-training.

In competitions my heart would beat like mad and I'd think, 'Why do I put myself through this?'

There is a huge safety element in the sport. Everyone on a range needs to be mentally fit to be there. You have to be self-disciplined so that you don't pose a risk to others' safety or your own. On the range a lot depends on the individual. The bays aren't separate so you could easily have an accident. There is a written protocol but there is also a silent protocol on behaving safely.

YouTube has films of people shooting, which some would find boring to watch, but I'm absolutely captivated.

My initial outlay was around £1,800 on buying a pistol, but after that costs are low. It's mainly travel to competitions. I always try to sell the sport to younger people but I think it is a calling; it's not like football.

I used to get very nervous in competitions. My heart would beat like mad and I'd think "Why do I put myself through this?". I am much better now after going to a sports psychologist who taught me what is happening in the brain when you are nervous -- the adrenaline, the "fight or flight" response -- and it helps to understand that. Adrenaline can be really useful in a sport like boxing, but when you're shooting it makes holding a position really difficult.

Preparation is really helpful when it comes to controlling nerves. At the range in Wigan I photographed my equipment laid out on the bench so that when I'm at a competition I can put things out in the same way. It's pre-rehearsed.

My New Year resolution was to enter more competitions. I used to have a 100-mile limit on trips but I now want to do more further afield. I have been doing around six to eight competitions a year and to date I've won seven medals: five first-place medals, one second and one third.