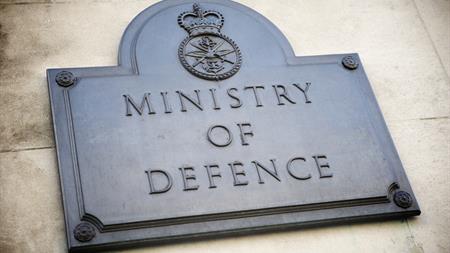 Graham Wood, 55, and a colleague were delivering goods to a large holding area at the MoD Kineton munitions base in Southam, Warwickshire, on the evening of 19 November 2013 when the accident happened. Wood was crushed between the reversing lorry and a stationary vehicle.

The MoD did not have a safe system of work to identify and control the risks of large vehicles being driven in the area, the Health and Safety Executive (HSE) found.

The MoD later introduced a safe system, including marked parking bays, well-defined walkways for pedestrians and a one-way system at the site.

The Crown censure -- the equivalent of a criminal prosecution -- is for breaching ss 2(1) and 3(1) of the Health and Safety at Work Act. There is no financial penalty but it is an official record that the MoD failed to comply with the law.

The MoD was censured twice by the HSE last year. The first was after three soldiers died in July 2013 whilst on a 26 km SAS training exercise in the Brecon Beacons, South Wales.

The second followed the death of 21-year-old fusilier Dean Griffiths, who was shot in the neck during a live training exercise at the Lydd Ranges military firing range in Kent in September 2011.

Jane Lassey, the HSE's deputy director of field operations, said of the latest censure: "Like any other employer, the MoD has a responsibility to reduce dangers to agency workers, as well as their own employees, on their sites as far as they properly can, and in this case they failed Graham Wood."