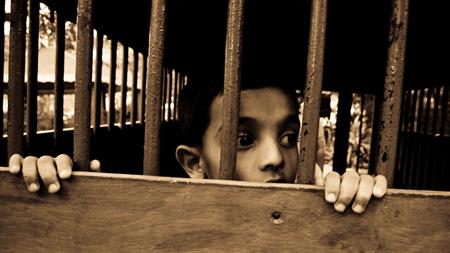 One year after she introduced the Modern Slavery Act 2015 while serving as home secretary, Theresa May is to set up a government taskforce to tackle what she called "this cruel exploitation".

She also revealed that £33m from the UK aid budget will be made available to fund prevention initiatives in countries where people are trafficked to the UK.

Under the Act, commercial organisations with a turnover of £36m or more must produce a statement each financial year, showing what steps they have taken to make sure there is no modern slavery in their business and supply chain. However, May acknowledged that more needs to be done.

Writing in the Sunday Telegraph yesterday, May stated: "Just because we have some legislation does not mean that the problem is solved.

"It is hard to comprehend that such sickening and inhuman crimes are lurking in the shadows of our country. But the most recent estimates suggest that there are between 10,000 and 13,000 victims in the UK alone and over 45 million across the world."

The new taskforce will help raise awareness of contemporary slavery, improve training for those in the criminal justice system and offer more support for victims. It will also adopt an international approach to modern slavery and collaborate with international partners.

May wrote: "This will be an important focus for the new taskforce because modern slavery will never be stopped if our police, borders and immigration agencies work in domestic silos."

IOSH has welcomed the prime minister's renewed commitment to anti-slavery. Richard Jones, the institution's head of policy and public affairs, said IOSH "welcomes the government's ongoing commitment to tackling labour market human rights abuses and the setting up of its new taskforce.

"We urge the government to require public sector, as well as private sector, anti-slavery disclosures and to also use due diligence and transparency as government procurement criteria. This way, it can lead a 'race to the top' in corporate governance and social responsibility."

A review marking the first anniversary of the Act found that 289 modern slavery offences were prosecuted in 2015 and there was a 40% rise in the number of victims identified.

May said Britain will "lead the way in defeating modern slavery", adding: "I am determined that we will make it a national and international mission to rid our world of this barbaric evil."