Tesla CEO denies claims of unsafe working at US plant 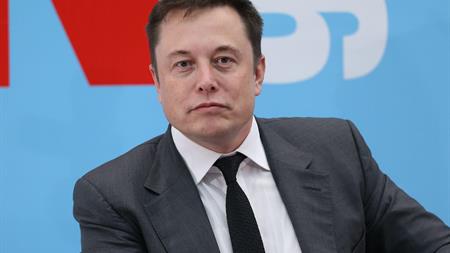 Elon Musk launched an investigation into working conditions at the site after Tesla employee Jose Moran wrote an article on the blog host site Medium about preventable injuries, as well as long hours and low pay.

According to the worker, six people from his eight-strong team had taken sick leave at the same time due to work-related accidents.

Moran wrote: "Preventable injuries happen often. In addition to long working hours, machinery is often not ergonomically compatible with our bodies. There is too much twisting and turning and extra physical movement to do jobs that could be simplified if workers' input were welcomed. Add a shortage of manpower and a constant push to work faster to meet production goals, and injuries are bound to happen."

He revealed that he and some of his coworkers were talking about forming a union and had contacted the labour union United Auto Workers (UAW) for support.

Musk addressed the allegations in an email to all employees, in which he said he was "particularly troubled" by the claim that 75% of Moran's team was on sick leave at one time.

The CEO wrote: "Obviously, this cannot be true: if three quarters of his team suddenly went on medical leave, we would not be able to operate that part of the factory. After looking into this claim, not only was it untrue for this individual's team, it was untrue for any of the hundreds of teams in the factory."

He said that, in a move to reduce excess overtime and improve safety, Tesla hired thousands more workers to create a third shift, holds regular safety meetings with operations leaders and has a department dedicated to preventing ergonomics injuries.

"Since the majority of the injuries in the factory are ergonomic in nature, we have an ergonomics department focused exclusively on this issue," he said. "The net result is that since January 1st, our total recordable incident rate (TRIR) is under 3.3, which is less than half the industry average of 6.7."

Musk added that he was "distraught" to learn about the efforts to unionise Tesla's workforce and is reported to have alleged that Moran actually works for UAW, which paid him to join the company and "agitate for a union". UAW has rubbished the accusation, calling it "fake news".