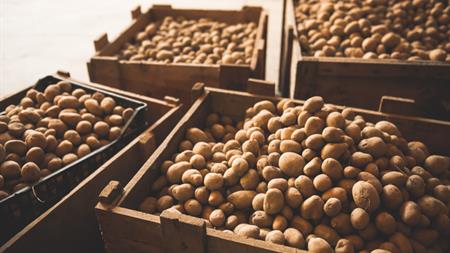 Colin Smith, 62, broke his left leg when he was knocked over by a telehandler. Earlier this month his employer, Braegate Produce, was fined £50,000.
Leeds Magistrates' Court was told that the worker was walking across the middle yard to the maintenance workshop when the accident happened on 5 January 2018.
He was struck by three potato boxes loaded on the tines of a telehandler that another employee was driving.
During its investigation, the Health and Safety Executive (HSE) found Braegate Produce had insufficient measures in place to prevent people being struck by moving vehicles.
The well-used pedestrian route that Smith was following to move from the production sheds to the maintenance workshop was not a protected walkway.
Workers on foot were also found to be venturing into areas where vehicles were working due to many boxes that had been stored in the yard.
The company had failed to ensure forklift truck and telehandler operators knew the rules to follow when transporting potato boxes around the site, and had not effectively enforced them.
Braegate Produce pleaded guilty to breaching reg 4(1) of the Workplace (Health and Safety Welfare) Regulations and was ordered to pay £962 in costs on top of its £50,000 penalty.
After the hearing HSE inspector Kate Dixon said: "Companies need to organise transport operators to reduce the risk it poses to pedestrians. This should include consideration of the site, driver and vehicles. There are some quick, easy and inexpensive steps that can be implemented."
Topics
Workplace transport
Catering and leisure
Manufacturing and engineering
Retail
Transport and logistics
News