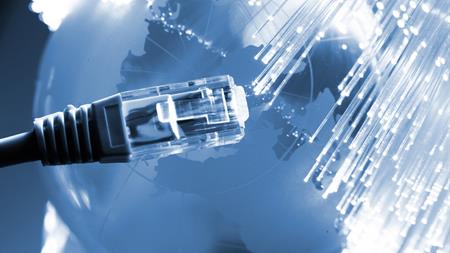 On 27 February a fibre optic engineer was filmed working in a manhole on a busy 48 km/h road in Craiglockhart, Edinburgh. The dash-cam video shows cars swerving around the man, who was employed by contractor KNNS and whose only safeguard was two traffic cones.

The Scottish road works commissioner Angus Carmichael fined CityFibre on 4 April after he concluded that the incident "could have resulted in a fatality" and demonstrated the company's "lack of compliance with roadworks legislation".

He added: "[CityFibre] has subsequently carried out an investigation into the incident, the findings of which confirm my conclusion that they have systematically failed to meet their statutory duty to co-operate under s 119 of the New Roads and Street Works Act 1991. In view of their clear performance failures, I am left with no option other than to apply a financial penalty."

Carmichael said he imposed the fine after the company did not "significantly improve" its performance over the last 12 months.

He listed several other offences committed by CityFibre, primarily in the Edinburgh area, which included endangering road workers and the general public, non-compliance with the reinstatement specification, working without valid notification on the Scottish Road Works Register, a lack of qualifications and not co-operating with the City of Edinburgh Council.

"As the failures are of a very serious nature, compromising both safety and quality, I have decided to impose a significant penalty of £35,000 to send a clear message to all organisations undertaking road works that poor performance is unacceptable," Carmichael said.

CityFibre's chief executive Greg Mesch said: "We have been working closely with the Scottish roadworks commissioner, City of Edinburgh Council and our contractors to deliver significant improvement while construction progresses on Edinburgh's world-class Gigabit City network.

"We have also committed to investing a further £35,000 in additional health and safety training for all our project staff and contractors across our 40-plus city footprint. We aim to always deliver the swift, safe and thorough construction work our customers expect."

The commissioner said CityFibre's improvement plan "confirmed that they are committed to improving their performance and complying with the legislation in future".

The Scottish road works commissioner works to improve the planning, co-ordination and quality of road works throughout Scotland. They have statutory powers to issue fines of up to £50,000 if a utility company or roads authority fails to comply with the law.