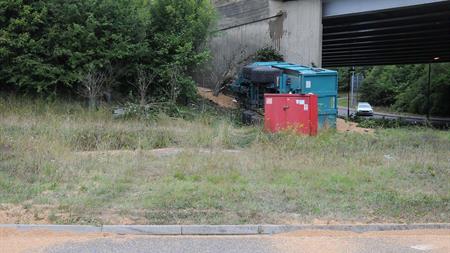 Harry Christian-Allan was carrying grain from Cambridgeshire farming partnership G W Topham & Son's farm in Eltisley to another one of its farms in Weighbridge when the accident occurred on Rusts Lane, Alconbury on 1 August 2014. The teenager sustained significant injuries and later died in hospital.

The HSE investigation had found that the tandem-axle trailer was fitted with drum type brakes, which had not been correctly adjusted. When the teenager, who had been employed by G W Topham & Son for three weeks, had failed to negotiate the roundabout, the brakes did not work.

G W Topham & Son of North East Farm, Cambridge Road, Cambridgeshire, was found guilty after a trial at Cambridge Crown Court of breaching s2 of the Health and Safety at Work Act and reg 5 of the Provision and Use of Work Equipment Regulations 1998. The partnership was handed a £400,000 fine and had to pay £67,274 in costs.

Speaking after the hearing HSE inspector Roxanne Barker said: "Many trailers are only used at harvest time and this failure to maintain is likely to be widespread across the industry. Farmers are reminded to ensure that they adequately maintain all work equipment, including any which is not in mainstream use."