Teenager hospitalised after passing out from slurry gas 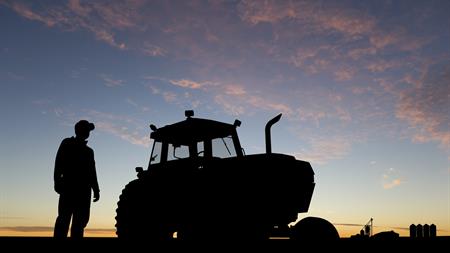 The 14-year-old boy was taken to hospital and put in an induced coma for 24 hours after being found unconscious at the dairy farm in Omagh, County Tyrone.

Dungannon Crown Court was told that Charles Elkin, 66, had put his son in charge of stirring slurry inside a farm building. The teenager, who worked on the farm in the school summer holidays, was helping out with the job.

He had been told to stay inside the tractor that was pumping the slurry and to turn off the engine if it started to overheat.

Elkin's son found the boy unconscious when he returned to the tractor.

Elkin admitted that he had failed to maintain safe conditions. He pleaded guilty to breaching Arts 4(1) and 4(2)(d) of the Health and Safety at Work (Northern Ireland) Order.

The dangers of mixing slurry are well known in the farming industry, said the Health and Safety Executive for Northern Ireland. Inspector Anne Cassidy commented: "Following the slurry mixing code can prevent accidents and save lives. Once mixing starts everyone should get out and stay out for at least 30 minutes.

"In this case, the farmer failed to follow the accepted advice, placing a young and inexperienced employee at significant risk from exposure to the potentially deadly gas produced during mixing. This incident was easily preventable."