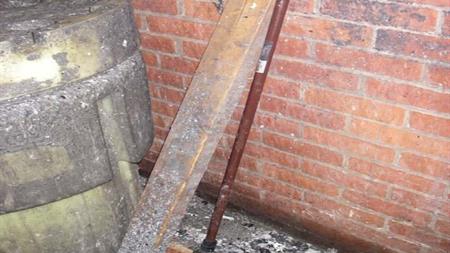 An investigation found that Wheelnut had failed to install an exhaust ventilation system in the "acid room" at its former premises in Swalwell, Newcastle upon Tyne, and had not correctly maintained its respiratory protection equipment (RPE).
Th company was fined £32,000 and ordered to pay costs of £1,718 at South Tyneside Magistrates' Court (3 July) after it pleaded guilty to breaching s 2(1) of the Health and Safety at Work Act.
The court was told that, on 12 December 2017, the apprentice entered the acid room to retrieve wheels from a barrel filled with an alloy wheel stripping substance made up of DCM, methanol and hydrofluoric acid. He was not wearing RPE.
He was found by a colleague, unconscious and slumped over the barrel.
A Health and Safety Executive (HSE) investigation found Wheelnut had failed to properly risk-assess the chemical wheel stripping process and as a result had not implemented appropriate control measures, such as an exhaust ventilation system.
Although staff were provided with RPE, it was not maintained in efficient worker order nor in good repair. Several parts of it were damaged and the air feed to it from the compressor was not filtered correctly.
In addition, the investigation found that employees were not provided with suitable information, instruction and training on the risks involved with using the chemicals, particularly DCM.
DCM poses inhalation risks and is a restricted substance under the Registration, Evaluation, Authorisation and Restriction of Chemicals (REACH) Regulation.
After the hearing HSE inspector Joy Craighead said: "A young worker suffered a potentially serious injury. Breathing in DCM vapour can produce narcotic effects and, at high concentrations, unconsciousness and death. In this instance, the boy made a full recovery, but it could have easily resulted in his death."
Topics
Chemicals
Hazardous substances
Manufacturing and engineering
Transport and logistics
News