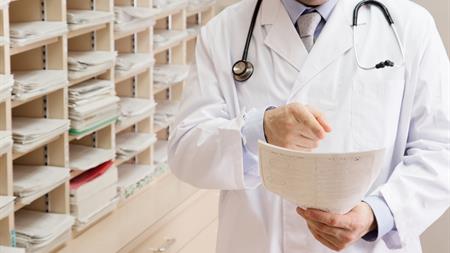 According to EEF, tax breaks would encourage more employers to pay for private medical treatment for employees and ease some of the pressure on the National Health Service (NHS).

Terry Woolmer, head of health and safety policy at EEF, said: "Currently we have long-term absence on the increase and an under pressure NHS which is struggling to deal with the issue. Given this situation is only going to get worse with an ageing population, radical action is now required.

"Government must now use fiscal incentives to encourage employers to pay for private medical treatment and allow it to be offset in the same way as other business expenses. Not only would this help take the pressure off the NHS but it would allow a speedier return to work. This would be a win win for government, the employee and employers."

The annual absence rate for manufacturers was 2.3%, or an average of 5.3 sickness absence days per employee per year. These figures have remained fairly constant for the last six years. Five per cent of the workforce covered in the survey was away from work for four weeks or more.

The main causes of long-term sickness absence are back problems and musculoskeletal disorders (MSDs), medical tests, investigation and surgery, and stress and mental health problems. In this year's survey companies of all sizes said MSDs was the most common cause, whereas last year's survey saw companies that employed more than 500 employees list stress and other mental ill health disorders as the most common reason.

EEF's survey also provided some "tentative" figures relating to the government's Fit for Work service, an initiative to help reduce levels of long-term sickness absence by tackling MSDs and mental ill health, which has been operating since July 2015, the report says.

Four-fifths (78%) of respondents are aware of the service, yet only 19% of employers said they would pay for medical treatments it recommends.

Progress has also been slow in terms of the fit note medical certificate, survey data has revealed. Introduced in April 2010, the fit note was designed to allow medical professionals the option of indicating that an employee may be fit for work if the employer meets certain criteria.

"The fit note is still not delivering on its key objective to return employees to work earlier. In addition, employers are still reporting that the quality of the advice given by GPs is poor," the survey says.

The EEF survey was published in association with Jelf, an insurance broker and consultancy for healthcare and employment. Jelf's managing director of UK healthcare and group risk, Iain Laws, said: "Healthy employees can be up to three times as productive as those in poor health. They experience fewer motivational problems, are more resilient to change and are more likely to be engaged with the business priorities. It is essential that companies have systems in place with recognise this and which place employee health provision at their heart."