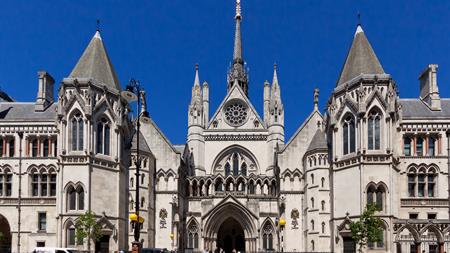 The three appeal court judges, headed by Lord Justice Gross, ruled on 7 June that the categorisation of the likelihood of harm for the second offence under the sentencing guidelines issued to judges should have been medium and not high, as was originally judged. The appeal court reduced the fine for that offence to £1.3m from £1.8m, bringing the revised total penalty to £1.5m.

At the original sentencing hearing at Northampton Crown Court on 26 July 2016, Judge Rupert Mayo had fined Tata Steel UK £185,000 for the first offence and £1.8m for the second after the company had pleaded guilty on 16 February 2016 to two counts of breaching s 2(1) of the Health and Safety at Work Act. Both offences related to incidents that took place at different locations at the company's site on Weldon Road, Corby in Northamptonshire.

Applying the sentencing guideline, the judge had determined that for the first offence, culpability was medium; the harm risked was Level B; and there was a medium likelihood of harm. For the second offence, he decided high culpability; high likelihood of Level B harm but Level B harm not occasioned (harm category 2).

Speaking at its health and safety seminar in London on 14 June, defence barrister at Temple Garden Chambers Dominic Adamson said that Judge Mayo had initially applied a starting point of £1.1m (with a range of £500,000-£2.9m). However, taking into account Tata Steel UK's £4bn turnover, he moved the starting point up a harm category to £2.4m. He then increased this to £2.75m to reflect the fact that senior management had failed to focus adequately on the day-to-day safety before applying a third discount for the firm's early guilty plea.

Adamson and Keith Morton QC at Temple Garden Chambers successfully challenged Judge Mayo's ruling that the second offence should carry a high likelihood of harm, arguing that the likelihood in the first offence carried a "medium" categorisation. In determining the case, Lord Justice Gross took into account that there had been only one previous incident, that the machinery had been operated for around 150,000 hours without an incident and that the accident had occurred during training rather than normal operations.

Summing up, Lord Justice Gross said: "None of this detracts from the admitted high culpability for the incident -- which could have been prevented by simple precautions -- but it does tell against the high likelihood characterisation."

The first offence related to a 26-year-old employee who lost most of his left hand as he cleared a blockage on a steel tube manufacturing line on 12 September 2014. The Health and Safety Executive (HSE) investigation found common practice on the line was to clear lengths of pipe by hand after removing a green tunnel that guarded the tube conveyor. The power line should have been isolated before the guard was removed but the injured worker was moving pipes manually when one of the other workers switched on the power line from a control panel out of sight from the line.

Though the manufacturing line had operated for around 13,000 hours without an incident, the HSE served the steel manufacturer with an improvement notice on 18 December 2014, requiring Tata Steel UK to check all of its production lines at the Corby site and ensure that all identified preventive and protective devices were in place and effective.

The firm had taken measures to update and improve guarding. However, five months later, on 19 February 2015, a 52-year-old team leader's left hand was caught in an inadequately guarded machine during refresher training, severing the little finger on his left hand.

Adamson told the conference that Lord Justice Gross's decision marked the first time that the Court of Appeal had "reduced a finding in relation to likelihood under the guideline".

"The Court of Appeal were plainly swayed by the statistics," he said. "The way cases are presented by prosecutors tend very much to focus on the event itself -¦ [that] it was an accident waiting to happen. -¦What they don't do is take a step back and look at the real setting."

He added that the R v Tata Steel UK Limited [2017] case could potentially be cited to a Crown Court or district judge in the future by other defence lawyers "to demonstrate the importance of considering the wider setting in reaching a determination as to the likelihood of a particular harm arising".

However, the Court of Appeal rejected the defence's second argument that the revised fine should reflect the fact that Tata Steel UK was making account losses of £851m.

Commenting on the ruling, Adamson told the conference that Lord Justice Gross's decision suggested that the court had determined that the relevance of the losses was limited where there was parental support, in this case from Tata Steel.

However, he then asked what would have happened had Tata Steel UK been making a modest profit. "In those circumstances, the guideline would not require you to look at the resources of the parent," he said. "The guideline, on the face of it, would invite you to consider downward adjustment at that stage because that is the language that the guideline uses".