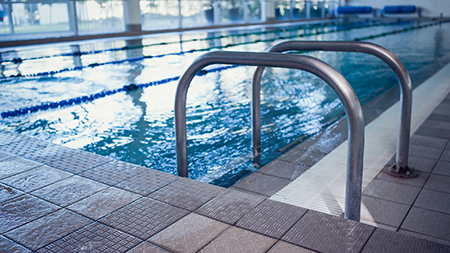 The chemicals were spilt by maintenance staff at the purpose-built teaching pool run by First Strokes Swim Schools in Stanway near Colchester.

The court was told how the child was sat by the side of the pool waiting for her lesson to start, when she began to complain her leg was hurting. She was taken to Colchester General Hospital by her mother, where medics confirmed she had first- and second-degree burns. The mother also reported pink bleach marks on her clothing where she had carried her daughter.

First Strokes admitted a contractor had undertaken maintenance work earlier in the day using the company's own supply of sodium hypochlorite to hand-dose the pool water -- tipping an unknown quantity from a 20-litre container into each end of the pool.

A small amount of the chemical spilt on to the side of the pool, the court heard.

On 17 July 2018, council officers served First Strokes Swim Schools with two improvement notices for its lack of COSHH assessments and no safety system for hand-dosing the pool with water treatment chemicals.

On 20 September 2019, the swim school pleaded guilty to three health and safety offences under s.3 of the Health and Safety at Work Act. Chelmsford Magistrates' Court fined the company £10,500 plus costs of £2,350 and £170 victim surcharge -- to be paid in four monthly installments.

Councillor Mike Lilley, Portfolio Holder for Communities, Wellbeing and Public Safety at Colchester Borough Council, which brought the prosecution, said: "Health and safety regulations exist for good reason, and businesses and employers have a responsibility to protect their staff and customers' safety and welfare.

"As a result of failures to implement simple procedures to protect the public from exposure to hazardous substances, a vulnerable child was harmed.

"The public should be reassured that we take a very dim view of any business that fails to put health and safety first and whose actions lead to personal injury."