Suspended jail term for supervisor who exposed workers to asbestos 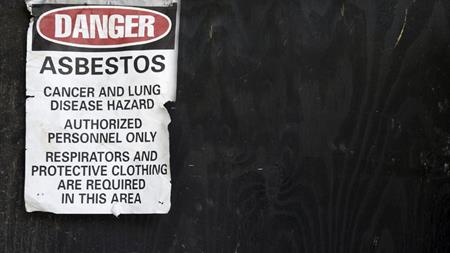 He was filmed letting workers enter a sealed asbestos enclosure, designed to prevent airborne fibres escaping and contaminating people and the main building, even though they were not wearing facemasks or protective clothing.

The Health and Safety Executive (HSE) also found metal frames that supported the asbestos ceiling boards stacked in the open building without being wrapped to control the spread of fibres.

Burdett pleaded guilty at Manchester Magistrates' Court to breaching s 7 of the Health and Safety at Work Act for failing to take reasonable care for his safety and the safety of others. He was fined, ordered to pay over £3,500 in costs and sentenced to six months in prison, suspended for 18 months.

After the hearing, HSE inspector Matt Greenly said: "Alan Burdett totally failed in his duty to protect himself and his workers from a foreseeable risk of serious harm from asbestos fibres. Although he was qualified and experienced he chose to completely ignore the risks from asbestos and in doing so has exposed several people to a risk of developing a deadly disease at some point in the future."