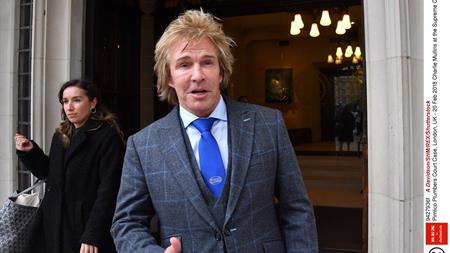 The judgement upholds decisions by the Employment Tribunal, Employment Appeal Tribunal and Court of Appeal, which found plumber Gary Smith was engaged by the London firm as a "worker", despite being described in his contract as an "independent contractor".

This means he is entitled to employment rights including sick pay, holidays and protection from discrimination.

Charlie Mullins, founder of Pimlico Plumbers, argued that Smith was self-employed because he was free to substitute someone else to carry out his work and accept outside jobs, though not if they were offered by one of Pimlico's clients.

Substitution was a key issue addressed in the case. The court considered whether Smith had to carry out his work personally, which would imply that he was a worker and not self-employed, or whether he could send someone else.

The contract stated Smith could arrange for the work to be done by another "Pimlico operative" if, for example, he was offered a higher-paid job.

However, the court ruled that the employment tribunal was "entitled to conclude" that Smith was a worker because "the dominant feature of [his] contract was that he must do the work himself" and his right to ask someone else was limited.

Judge Lord Wilson of Culworth said: "To the extent that his facility to appoint a substitute was the product of a contractual right, the limitation of it was significant: the substitute had to come from the ranks of Pimlico operatives, in other words from those bound to Pimlico by an identical suite of heavy obligations."

Under his agreement with Pimlico Plumbers, Smith was also required to wear a company-branded uniform, rent a van displaying the firm's logo and work at least 40 hours in a five-day week.

Lord Wilson said: "In his judgment in the appeal tribunal Judge Serota QC concluded that, on the one hand, Pimlico wanted to present their operatives to the public as part of its workforce but that, on the other, it wanted to render them self-employed in business on their own account; and that the contractual documents had been 'carefully choreographed' to serve these inconsistent objectives."

He said the company "exerted a substantial measure of control over its operatives", adding: "There were features of the contract which strongly militated against recognition of Pimlico as a client or customer of Mr Smith. Its tight control over him was reflected in its requirements that he should wear the branded Pimlico uniform; drive its branded van, to which Pimlico applied a tracker; carry its identity card; and closely follow the administrative instructions of its control room.

"The severe terms as to when and how much it was obliged to pay him, on which it relied, betrayed a grip on his economy inconsistent with his being a truly independent contractor. The contract made references to 'wages', 'gross misconduct' and 'dismissal'. Were these terms ill-considered lapses which shed light on its true nature? And then there was a suite of covenants restrictive of his working activities following termination."

Gary Smith had worked for Pimlico Plumbers for six years to 2011, when he requested to reduce his working week from five days to three days following a heart attack in 2010. His request was refused and his engagement ended.

In August 2011 Smith issued proceedings against Mullins and Pimlico Plumbers before the employment tribunal alleging that he had been unfairly dismissed, that an unlawful deduction had been made from his wages, that he had not been paid for a period of statutory annual leave and that the company had discriminated against him.

Equality and Human Rights Commission chief executive Rebecca Hilsenrath said: "If you wear the uniform, if you drive the branded vehicle, if you only work for one business, you are employed. That means you are entitled to the appropriate protections and adjustments which go with the job, to enable you to work safely and productively.

"This is one of the biggest decisions ever made by the courts on workers' rights. Thousands of workers like Gary Smith could now find themselves with the added security of benefits like sick pay and holiday pay."

However, writing online for Weightmans LLP, partner Phil Allen said: "In truth, this judgement is not ground-breaking. The decision reaffirms that the employment tribunal was entitled to find that Mr Smith was a worker.

"Crucially though, it does not decide that all people engaged on the same basis must be workers, nor does it provide any new guidance or hard and fast rules. This is disappointing as there was some speculation that the Supreme Court might use this as an opportunity to really dissect employment status issues and provide some fresh insight."

Mullins is reported as saying the "poor" decision would lead to a "tsunami of claims" from contractors.

Smith's substantive claims will now be heard in the employment tribunal.