Study links bullying and violence at work to type 2 diabetes 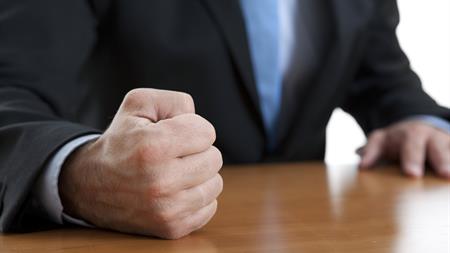 The researchers analysed data from four previous cohort studies involving 19,280 men and 26,625 women from Denmark, Finland and Sweden. Participants were aged between 40 and 65, none of whom had diabetes when the study started.

Questionnaires established participants' exposure to bullying and violence at work in the previous 12 months.

It was found that 9% of the participants had experienced workplace bullying. Some 1,223 new cases of T2D were then identified among this group during an 11-year follow-up period.
After adjusting for variables such as alcohol consumption, mental health conditions and body mass index, workplace bullying was linked to a 46% higher risk of developing T2D -- 61% for men and 36% for women.

Meanwhile, 12% of participants said they had been exposed to violence or threats of violence at work in the preceding 12 months.

The researchers found that 930 of them had gone on to develop T2D during the 11-year follow-up.

After adjusting for confounding factors, they concluded that workplace violence was associated with a 26% higher risk of T2D, for both men and women.

The research team, led by Tianwei Xu from the Department of Public Health at the University of Copenhagen in Denmark, said stress could be a factor for these diagnoses.

They said: "Being bullied is regarded as a severe social stressor that may activate the stress response and lead to a range of downstream biological processes that may contribute towards the risk of diabetes.

"There is a moderate and robust association between workplace bullying, violence and the development of type 2 diabetes. As both bullying and violence or threats of violence are common in the workplace we suggest that prevention policies should be investigated as a possible means to reduce this risk."

The authors noted the need for further research to determine whether policies to reduce bullying and violence at work may lower the incidence of T2D in working populations.
The findings have been published in Diabetologia, the official journal of the European Association for the Study of Diabetes.