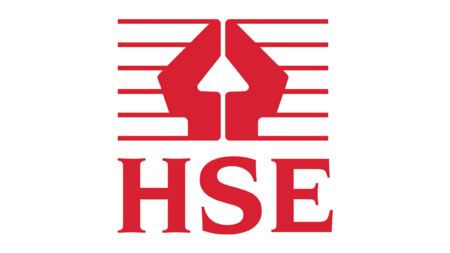 Cases of work-related stress, depression or anxiety rose by 13% to 1,800 per 100,000 workers in the 12 months to April 2018 compared with 2016-17 when the condition became the most common work-related illness for the first time, overtaking musculoskeletal disorders (MSDs).

While the rate of MSDs continued a long-term downward trend in the most recent period, dropping to a low of 1,420 cases per 100,000 workers, work-related stress has shown signs of increasing in recent years.

Though the number of overall stress cases increased in 2017-18, the number of new cases remained flat when compared with the previous 12 months. There were 239,000 new reports of stress, depression or anxiety -- 720 per 100,000 workers and unchanged from the previous year when 236,000 new cases were reported. This suggests that people who are stressed or dealing with a mental health problem caused or exacerbated by their jobs are taking longer to recover.

The rate of work-related stress, depression and anxiety was broadly flat but has shown signs of increasing in recent years.

Significantly higher rates of stress and mental health problems were observed in the "professional" occupational category, driven by the nursing and midwifery, teaching and welfare occupations.

On the other hand, skilled tradespeople, those in elementary occupations and process plant and machine operatives had statistically significantly lower rates.

LFS figures indicate that several industries had higher than average rates of MSDs between 2015-16 and 2017-18. While the average rate for all industries during this period was 1,190 per 100,000 workers, this figure was 2,450 for agriculture, forestry and fishing, closely followed by construction with 2,310. In the transport and logistics sector it was 1,570.

Last year, an estimated 555,000 workers sustained non-fatal injuries, according to self-reported estimates from the LFS. Of this group, 135,000 said they were off work for more than seven days because of their injuries.

In addition, there were 71,062 non-fatal injuries reported by employers under RIDDOR (the Reporting of Injuries, Diseases and Dangerous Occurrences Regulations). Of these, 52,693 resulted in more than seven days' absence from work, giving an all industry average rate of 195 per 100,000. This figure has decreased year on year since 2012-13 (238).

In the transport and storage sector, the overall non-fatal accident rate was 817 per 100,000 but this figure was higher in the warehousing and support activities (1,578) and air transport (1,286) subcategories.

In manufacturing, the rate of non-fatal workplace injuries that led to an absence of more than seven days fell slightly between 2016-17 and 2017-18 from 367 to 361 per 100,000 workers. However, this concealed a rise in some subcategories.

In food manufacturing, for example, this figure rose by 11.5% to 870, while it was up by 10.5% to 815 for wood products manufacturing and by 6% to 391 for beverage production. Some 1,068 in every 100,000 that worked in the food manufacturing industry said they sustained a non-fatal injury last year.

More than half of non-fatal injuries in 2017-18 were down to two accident types: slip, trip or fall on the same level (31%); and handling, lifting or carrying (21%). A further 10% of those injured were struck by a moving object and 7% were injured in a fall from height.

As IOSH Magazine reported in July, there were 144 fatal workplace injuries in the 12 months to end of March. This gives a rate of 0.45 per 100,000 workers and reflects the average five-year rate.

The statistics also reveal that the amount of fines handed to dutyholders found guilty of safety and health offences has begun to level off, with little change from £71.8m in 2016-17 to £72.6m in 2017-18. The year 2016-17 was the first full year that the Sentencing Council's new guidelines for safety and health offences were in place. The guidelines raised penalties for larger organisations.

Martin Temple, chair of the HSE, said: "These figures should serve as a reminder to us of the importance to manage risk and undertake good health and safety practice in the workplace.

"Great Britain's health and safety record is something we should all be proud of, but there is still much to be done to ensure that every worker goes home at the end of their working day safe and healthy.

"Collectively we must take responsibility to prevent these incidents that still affect too many lives every year and continue to play a part in Helping Great Britain Work Well."