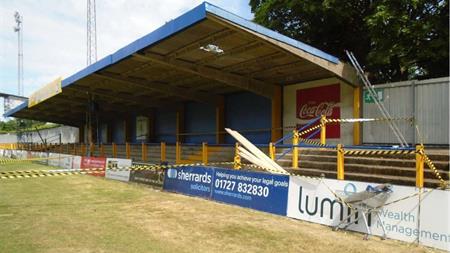 Clive Churchhouse, 71, was repairing a leak at the club's Clarence Park ground on 18 July 2017 when he fell through fragile roof sheeting on to the terrace steps. He was airlifted to hospital but died from his injuries.
St Albans FC admitted breaching s 3 of the Health and Safety at Work Act at Luton Magistrates' Court and was fined £1,000 plus £1,000 costs.
At the inquest last year, Hatfield Coroner's Court was told that Churchhouse was using his own ladder to carry out the repair work. He had not been asked by the club to fix the leaking roof and it was unaware of his plans to do so.
According to the BBC, John Jones, another club volunteer, told the court that volunteers often "just got things done" and rarely spoke to the owners beforehand.
Jones was reportedly working with Churchhouse, passing him wooden planks, before the incident. Jones had gone to fetch a pair of secateurs to remove a branch when he heard a crash. He said he found his co-worker lying at the bottom of the terrace stairs.
An investigation by the Health and Safety found St Albans FC did not have a system in place to authorise certain work.
In addition, volunteers were inadequately supervised. The HSE said they were given keys and able to gain uncontrolled entry to the ground, resulting in Churchhouse accessing the roof and carrying out repairs in an unsafe manner.
HSE inspector Sandra Dias said: "This was a tragic and wholly avoidable fatality caused by the failure of the club in its duty of care towards volunteers. Employers who use volunteers have to ensure their safety, the same as if they were a paid employee."
A stand at Clarence Park has been renamed the Clive Churchhouse Terrace in his memory.
Topics
Older workers
Work at height
Catering and leisure
Construction
News