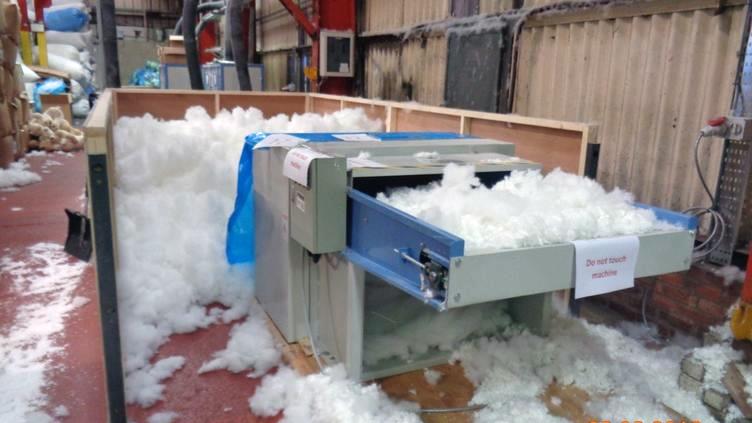 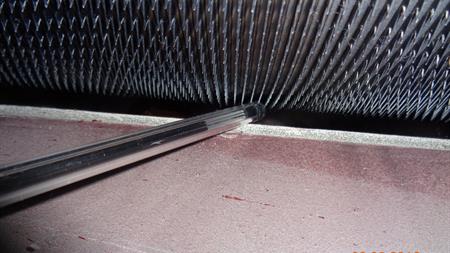 The worker was attempting to clear a blockage in the machine at the company's plant in Mexborough near Doncaster when the incident occurred on 8 March 2016.

Sheffield Magistrates' Court was told that the carding machine was fitted with a flange attachment. This connected pipework to the machine at the discharge chute and supplied loose fibre to a single toy-filling machine.

The Health and Safety Executive (HSE) found that the flange and discharge pipework had been left off, so the machine could discharge into a wooden enclosure to supply three toy-filling machines with loose fibre. As a result, a spiked roller inside the discharge chute was unguarded and accessible during the machine's operation.

The worker had entered the enclosure and was clearing loose fibre from the discharge chute to free a blockage. The spiked roller was still rotating and grabbed his left hand, drawing him into the machine and severing most of his fingers. The worker was airlifted to hospital where surgeons had to amputate his hand due the severity of his injuries.

The Stuffing Plant (TSP) of Whitelea Grove Industrial Estate, Mexborough pleaded guilty to breaching section 2(1) of the Health and Safety at Work Act. The company was fined £35,000 and ordered to pay £2,486 in costs.