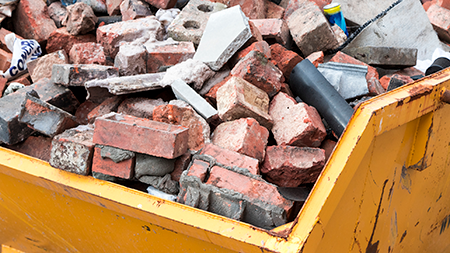 Zafir Mohammed was prosecuted by the Health and Safety Executive (HSE) for a second time after a HSE inspector Stephen Boyd visited 1First Choice Skip Hire in Blackburn in October 2017. No welfare facilities had been provided for staff, who were found working in a fire-damaged portion of the main building, where they ran the risk of being hit but falling materials.

The court was told that in August 2010, one of Mohammed's employees, 21-year-old Amin Qabil, from Afghanistan, was crushed to death by a skid steer loader as he moved rubbish around the site. The firm was fined £60,000.

The HSE investigation revealed the firm bought the second-hand skid steer loader at an auction, but failed to ensure its safety features were working correctly. The restraint bar had been disabled, which meant the controls could still be operated when no one was sitting in the cab. The minimum engine speed had also been increased, and a fault meant the vehicle could reverse unexpectedly.

The HSE had to take further enforcement action in 2017 after Mohammed allowed the continued use of the same seriously damaged machine on the waste transfer site.

According to the Lancashire Telegraph, judge Robert Altham has now disqualified him from being a company director for five years in light of the latest HSE probe.

Mohammed and 1First Choice, of which he was sole director, pleaded guilty under s 37 to breaching s 2(1) of the Health and Safety at Work Act. He was given a six-month prison sentence, suspended for 18 months, and ordered to carry out 190 hours community service with six rehabilitation activity days.

"Despite this, Mr Mohammed allowed serious unsafe conditions to prevail, presenting a high risk of persons being killed or seriously injured.

"Workplace transport incidents remain a major cause of fatal and serious injuries in the waste and recycling industry. It is important that vehicles are maintained in a safe condition."