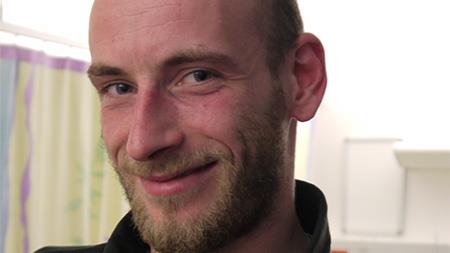 The case follows the death of James Criddle, 29, while operating a screener machine, which included a cylindrical drum to sort material of different sizes. Criddle was operating the machinery at Baldwin Skip Hire in Besthorpe in Norfolk when his clothes became trapped in exposed moving parts causing him to suffocate.

Detectives from the Norfolk and Suffolk Major Investigation Team launched an investigation into the fatality, working alongside HSE inspectors. The joint operation found that the machinery had been purchased secondhand by the skip hire company's owner Robert Baldwin, 48, and delivered five days before Criddle's death on 15 May 2017.

Julia Faure-Walker, prosecuting, said: "It was bought secondhand on eBay and not in the condition it would have gone to market. The guards had been removed. The workers were not protected from dangerous working parts."

Norwich Crown Court was told that during a police interview Baldwin had argued that the absence of any guarding on the machine was "not obvious".

Investigators also found that the machine had arrived with no operating instructions or any similar documents explaining how the machine should be operated safely. The HSE found the machine had also been placed on rubble and uneven ground and there was no safety stop-switch on the outside in case of an emergency.

Judge Alice Robinson told the court during the six-day trial that Criddle had been given no formal training before operating the machinery. An HSE report into the incident concluded that the accident could have been avoided if health and safety procedures had been followed.

Following the investigation, the police charged Baldwin with manslaughter due to gross negligence. The managing director was also charged with an offence under the Health and Safety at Work Act of consenting or conniving in the commission of an offence attributable to neglect. He pleaded not guilty to both charges. His company Baldwin Skip Hire had previously pleaded guilty to failing to discharge its duty under the HSW.

On 19 March, the jury found Baldwin not guilty of the manslaughter charge but guilty of neglect of failing to discharge a duty. Sentencing will take place next month.