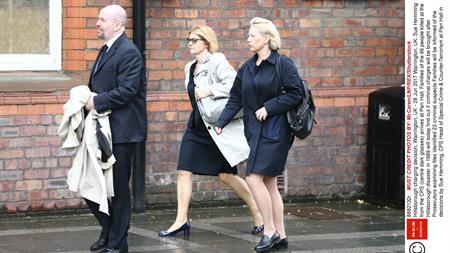 Sue Hemming, head of the special crime and counter-terrorism division at the CPS, informed the victims' relatives of the decision at a private meeting in Warrington, Cheshire, this morning (28 June).

She announced that David Duckenfield, the former chief superintendent of South Yorkshire Police (SYP) who was the match commander on the day of the disaster, has been charged with the manslaughter by gross negligence of 95 fans.

To prosecute this matter, the CPS must apply to the High Court to remove the stay imposed after Duckenfield was prosecuted privately in 1999. The process will commence shortly.

Duckenfield cannot be charged over the death of the 96th casualty, Tony Bland, as he died four years after the incident.

Norman Bettison, a former officer with SYP and subsequently chief constable of Merseyside and West Yorkshire Police, has been charged with four charges of misconduct in public office, relating to alleged lies he told about his involvement in the aftermath of Hillsborough and the culpability of fans.

Graham Mackrell, who was Sheffield Wednesday FC's safety officer and company secretary at the time, has been charged with two offences of contravening a condition of the ground's safety certificate contrary to the Safety of Sports Grounds Act 1975, and one offence of failing to protect peoples' welfare under the Health and Safety at Work Act.

Peter Metcalf, who was the solicitor acting for the SYP, former chief superintendent Donald Denton, and former detective chief inspector Alan Foster have all been charged with perverting the course of justice, relating to changes made to the witness statements.

The defendants, other than Duckenfield, will appear at Warrington Magistrates' Court on 9 August.

Ninety-six Liverpool FC supporters were killed during the FA Cup semi-final between Liverpool and Nottingham Forest at Sheffield Wednesday's ground on 15 April 1989.

Fans were crushed in standing-only "pens" at the stadium's Leppings Lane terrace as thousands of ticketholders made their way into the ground minutes before the 3pm kick-off.

Last year, new inquests into the disaster concluded the fans had been unlawfully killed.

Hemming said: "Following our careful review of the evidence, in accordance with the Code for Crown Prosecutors, I have decided that there is sufficient evidence to charge six individuals with criminal offences.

"Criminal proceedings have now commenced and the defendants have a right to a fair trial. It is extremely important that there should be no reporting, commentary or sharing of information online which could in any way prejudice these proceedings."

She added that she has not authorised charges in relation to any other individuals or organisations, including Sheffield Wednesday FC, the South Yorkshire Metropolitan Ambulance Service and the Football Association.