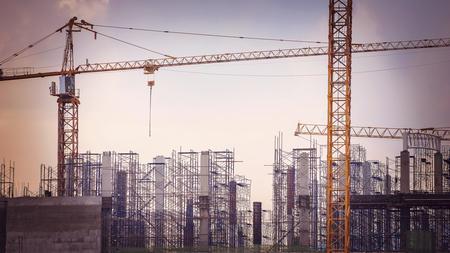 The decision to make public the rates of workplace deaths and major injuries for every company is designed to hit companies financially for failing to improve safety standards.

The government ministry, which plans to publish the data online within the next two years, has said that it will also allow insurers to see data on work injury compensation claims, so that they can adjust premiums according to a firm's safety record.

The recommendations are part of a wider package of proposals, which were submitted to the Singapore government by the WSH 2028 Tripartite Strategies Committee last week, according to the Straits Times.

Committee chairman John Ng, who is vice president of the Singapore National Employers Federation, said that the aim of the recommendations was to transform business practices and mindsets on workplace safety and health.

"Some employers are still convinced that WSH is a cost. They practice WSH from a compliance mindset and choose to do the bare minimum or only when told by officers from the MOM," he said.

The MOM currently notes companies with workplace deaths on its business under surveillance programme and lists them online.

When the new portal is live, it will be possible to compare the safety records of companies.

Ministry of state for manpower Zaqy Mohamad said the idea is create a culture where people procure services responsibly.

He said: "It gives greater visibility to market, in terms of who you work with, not just for service buyers but also for consumers if you're interested to see whether the companies you work with are safe and are taking care of the safety of their workers."

Although critics have argued that providing more injury claim data could lead to higher insurance premium costs for some companies, Karl Hamann, president of the General Insurance Association of Singapore, said that the goals to lower the fatality and major injury rates by 30 per cent over the next 10 years, will lower the number of injuries companies need to pool premiums for, which should lower costs in the longer term.