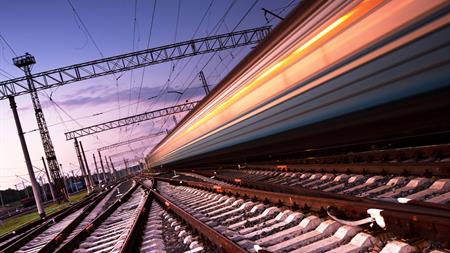 David Crawford, whose job is to provide relief cover for absent colleagues at a group of five Network Rail signal boxes in Surrey and West Sussex, had raised a grievance claim in 2014 in relation to the provision of rest breaks under the Working Time Regulations (WTR) 1998.
Regulation 12 of the legislation notes that workers are entitled to a rest break after six hours' work. Typically, the rest break should be an uninterrupted period of not less than 20 minutes, and the worker is entitled to spend it away from the workstation.
All but one of the five signal boxes were manned by a single person, which meant that when Crawford was working alone, he couldn't take a single 20-minute uninterrupted break.
Some services, however, are treated as "special cases" because the nature of employees' work requires them to work continuously. In these cases, employers must provide an equivalent period of compensatory rest.
Network Rail guidance published in 2013 determined that signallers' work fell under the terms of regulation 21 (f) of the WTR and was "intermittent". This meant the relevant break entitlement fell under the concept of compensatory rest. In the case of single-manned signal boxes, the guidance noted breaks "must be taken between periods of operational demand, where there are opportunities for 'naturally occurring breaks'".
After Crawford's grievance was raised in relation to compensatory rest breaks, Network Rail carried out a formal "rest break assessment" on the four single-manned boxes and concluded that, in every case, the naturally occurring breaks were sufficient. The study had considered the position at Oxted, Surrey, in the most detail because it was busiest of the four.
Network Rail concluded there was no need to provide a formal rostered rest break, which would require cover by another signaller, and rejected Crawford's grievance.
In response, the signal box worker brought his complaint to an employment tribunal in July 2016, chaired by Employment Judge Norris. Crawford argued he was entitled to a rest break every shift but because the requirements of his job were so continuous, he could not take a break, or even a shorter break.
However, on the first day of the two-day hearing, Crawford conceded that he had the opportunity to take a 20-minute continuous break when working night shifts, so the claim concerned only with when he worked two-day shifts.
The tribunal found Crawford's grievance was not supported by any of the other signallers employed at the boxes in question. It concluded that he could take short breaks from his workstation and that these would amount to 20 minutes when added together over the course of the shift.
"Although he could not leave the box, he could leave his workstation and, for example, go out onto the balcony for a smoke or go to the lavatory or the cooking facilities, which were out of sight of the [control] panel, 'while being ready to return to the panel if summoned by an audible alert or phone call'," the tribunal found. On 22 August 2016, the tribunal dismissed his claim.
Crawford appealed the decision at an employment appeal tribunal (EAT), arguing that "an equivalent period of compensatory rest" must comprise one period lasting at least 20 minutes.
HH Judge Shanks, who was sitting alone, heard the appeal on 8 November 2017. According to the Chartered Institute of Personnel and Development's online news, People Management, the EAT ruled that, although the signaller might be able to take shorter breaks on some shifts, he was "always, in effect, on call" during the daytime shifts in the week. This would prevent him from taking a continuous 20-minute rest break.
Network Rail appealed the ruling to the Court of Appeal, which agreed with the railway network operator. On the 5 March, the court ruled that there was no reason in principle why a break had to be for an uninterrupted period of 20 minutes.
Topics:
Safe systems of work
Wellbeing
Transport and logistics
News