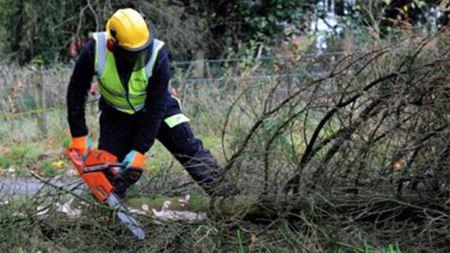 The annual initiative, in its fourth year, aims to raise awareness and reduce the number of agricultural accidents in the UK and Ireland.

Alan Plom, vice-chair of the IOSH Rural Industries Group, said: "We are urging RIG members to actively support the Farm Safety Week campaign, by promoting awareness through their own networks or running initiatives in workplaces during the week to highlight the priority topics, and tragic case studies, being featured each day."

This year's Farm Safety Week is being supported by a greater number of organisations than ever before, including the Farm Safety Foundation, the five national Farm Safety Partnerships in the UK and Ireland, the Health and Safety Executive (HSE), HSENI and the Health & Safety Authority (HSA).

Themed help and advice around each of the topics will be made available at www.yellowwellies.org throughout Farm Safety Week, which runs between 4-8 July.

IOSH will be publishing daily articles based on the five themes on www.iosh.co.uk/ruralindustriesgroup, within the 'Group news' section, and is also planning to extend its coverage into the weekend.

Alan, who is IOSH's representative on the board of the Farm Safety Partnership in England, said: "Given that farming is 24/7, and many RIG members say that they and farmers catch-up with their emails over the weekend, we are planning to extend our Farm Safety Week by covering health issues and emergency procedures on the Saturday and Sunday too."

Through its support of Farm Safety Week, IOSH Ireland Branch's Rural Industries Section has issued advice to farmers focused on child safety. It was the key issue that the section raised as part of its input into the HSA's current three-year strategy.

Section Chair, Ãine English, said: "The fact is that every year children are killed during agricultural work activities. With the school summer holidays fast approaching, the sense of freedom that the holidays bring must be accompanied by a sense of responsibility if the target of zero child deaths on farms is to be achieved.

"We are asking farmers to focus specifically on four child safety rules -- tractors are not for kids; exclude children from dangerous activities; children and dangerous animals do not mix; and provide a safe play area.

"The safety of children on farms is of paramount importance and nothing should be left to chance."

You can read more about the IOSH Ireland Branch's Rural Industries Section advice around child safety on farms here.

A total of 36 people were killed in farming and other agriculture-related activities across Britain in 2014-15, including four members of the public. This equated to an incidence rate of 9.12 deaths per 100,000 workers - significantly higher than any other industry sector and six times higher than construction.

Whilst in Ireland there were 18 deaths in agriculture in 2015 - down from 30 during the previous year -- this equated to 19.1 deaths per 100,000 workers, over twice the incident rate experienced in the UK.

Rick Brunt, head of the HSE's agriculture, waste and recycling sector, said: "These are not just statistics. Behind each story is a grieving family, a community in shock, and a farm that needs to continue being farmed no matter what has happened.

"This year, Farm Safety Week is focusing on the power of the positive. We know that we need to engage with farmers of all ages to make farms safer places to work.

"We're encouraging everyone in the industry to see health and safety as an integral part of their business."

Activities and information related to Farm Safety Week can also be followed on Twitter using the hashtag #FarmSafetyWeek.