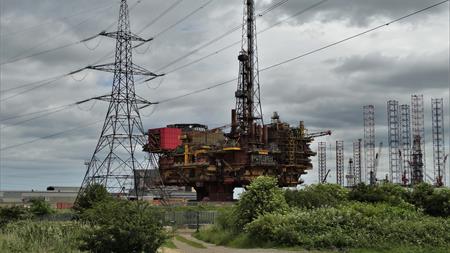 The accident happened on 10 November 2014 on the Brent Delta installation, which has since been decommissioned and was removed from its concrete legs last year.

Shell was fined £60,000 at Aberdeen Sheriff Court on 3 August after pleading guilty to breaching s 3(1) of the Health and Safety at Work Act.

The court was told that a technician was replacing a gas cylinder in a fire extinguishing system. He rolled what he believed to be an empty cylinder along the floor and removed the protective cap before realising it was fully charged.

The trigger mechanism activated and a jet of gas from the cylinder caused the technician to drop it on the floor where its valve sheared. The cylinder and valve became projectiles, which struck and seriously injured another technician.

An investigation by the Health and Safety Executive (HSE) found Shell had failed to eliminate the risks associated with handling pressurised cylinders.

The company also had failed to remove cylinders that were not safe for use and had not provided staff with information and instructions on how to safely handle the energised containers, the HSE said.