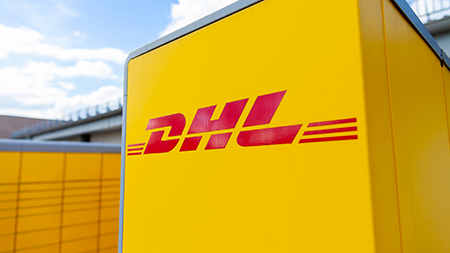 Robert Baynham was crushed when a stack of tyre stillages toppled and fell through an internal office roof where he and three colleagues were working.

An investigation by Coventry City Council found that the tyre warehouse was principally used for the bulk storage and distribution of Bridgestone tyres, however it also handled 'cross-stocked' tyres, which were stored temporarily and ranged in size from small car tyres, right up to extra-large agricultural tyres.

Warwick Crown Court was told that in the early hours of 2 February 2016, a tall stack of eight cross-stocked stillages had been placed next to an office in which Baynham, John Knight, Bernard Halpin and Jason Gordon were working.

The stack toppled, possibly after being knocked as a second stack was being put next to it, and the top two stillages, each weighing 578 kilos, fell through the office roof.

According to the Coventry Observer, prosecutors said there was no guidance that different stillages should not be mixed -- but Bridgestone had indicated for its tyres that if they were, the heaviest should be at the bottom.

Investigators found DHL had failed to complete a comprehensive health and safety audit after taking over the site from another company in September 2015. They told the court tyres were stacked too high and too close to the internal office -- an inherently dangerous practice which had become a common occurrence and was not a practice that staff had ever been told not to do.

The court heard similar incidents had happened previously, so DHL was well aware of the risk.

The company -- which has a turnover of £1.4bn -- was fined £2.6 million for what Mr Justice Jeremy Baker described as its "serious corporate failure".

"Although there may have been an individualised failure to make a proper risk assessment, there was a corporate failure to do so," he said.

"The cause and effect of those failures is that a stack containing an excessive number of stillages had been placed in an area where people were working.

"When the driver was in the process of making a new stack, contact with the first stack caused it to topple over and fall onto those working in the office. There is no question that these failures have led to a human tragedy."

Commenting after sentencing, Cllr Abdul Khan, cabinet member for policing and equalities, said: "DHL has received a significant fine and probably the largest following a health and safety prosecution by the council. Most importantly lessons have been learned by DHL and safety management at the warehouse has improved."

Last year DHL was fined £2m after Krzysztof Sontowski suffered fatal injuries when he was crushed between a large goods lorry and the wall of a loading bay.

And in 2017 the logistics firm was ordered to pay £266,000 after Michael Addison was crushed when a 770kg unstable load fell on top of him.