Sentences for attacks on emergency workers could double 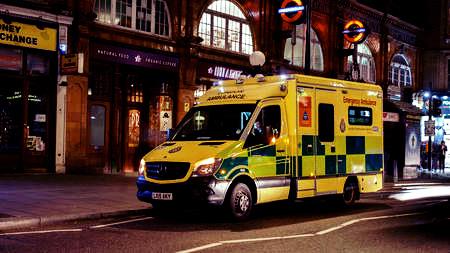 If passed into law, the private member's bill, which was proposed by Rhondda Labour MP Chris Bryant and has received government backing, would increase the maximum sentence for common assault or battery against emergency workers from six months to a year.

In England and Wales there are currently specific offences of assaulting on-duty police, prison and immigration officers. Each of these is triable only in the magistrates' court and carries a maximum sentence of six months' imprisonment and/or a fine. It is not a specific offence to assault other emergency workers or National Health Services (NHS) staff.

Speaking at the second reading on Friday (20 October), Bryant said: "There is a problem with the existing offences. Common assault makes no distinction between a member of the public and an emergency worker, and the other offences apply only to police, prison and immigration officers, and not to all emergency workers.

"By contrast, the bill's new offence will apply to all emergency workers. It will be an 'either way' offence, triable in either a magistrates' court or a Crown court, with a maximum sentence of 12 months, or a fine, or both. In essence it will double the maximum sentence available for assault or battery of an emergency worker. It will give the Crown Prosecution Service an extra string to its bow and it will match the provisions already in place in Scotland."

The Assaults of Emergency Workers (Offences) Bill 2017-19 extends the safeguards for attacks on police, prison and custody officers, fire service workers, search and rescue personnel and certain healthcare workers, including ambulance staff and accident and emergency doctors and nurses.

The offence would also include those who are not at work but carrying out a function that, if done so during work time, would have been within the functions of an emergency worker.

Policing minister Nick Hurd had said previously that the government supports the bill and on Friday justice minister Sam Gyimah added: "Introducing tougher sentences for such despicable attacks on emergency workers sends the clearest possible message that this cowardly behaviour will not be tolerated. That is why the government supports the bill."

It would have had little chance of becoming law without ministerial backing.

The bill states that judges will consider the victim being an emergency worker as an aggravating factor in offences including common assault, actual bodily harm and grievous bodily harm. It will also enable bodily samples to be taken from people suspected of offences against emergency workers which may pose a risk of the transmission of an infectious disease.

The bill will next be examined by a Public Bill Committee on a date yet to be announced.