Sembcorp one of trio fined £1.5m in total of over botched boiler pressure test 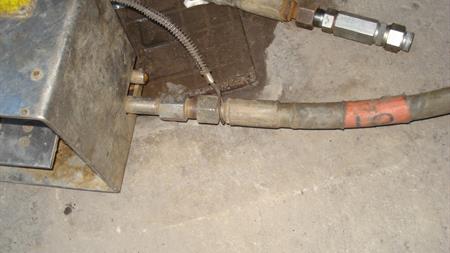 Teesside Crown Court was told that CIS had been assisting Sembcorp Utilities UK with the pressure test at its biomass-fired Wilton power station, near Redcar, North Yorkshire. Dennis Chadwick was on site to verify the test.

The Health and Safety Executive (HSE) said a valve on a test rig had been pressurised above the safe working limit and failed. The hose and metal connector became detached and whipped round, striking Chadwick on the leg.

He sustained serious compound fractures and, after several operations, his right leg was amputated below the knee in July.

Sentencing, Judge Simon Hickey said: "[Chadwick] was not told beforehand who was going to perform this inherently dangerous pressure test. He was not told any pressure limits, nor was he told of a safe zone where he should locate himself while the test was under way."

The judge ruled Sembcorp Utilities, which pleaded guilty to breaching ss 2(1) and 3(1) of the Health and Safety at Work (HSW) Act and must pay £33,000 costs, had high culpability for the accident.

After the accident Sembcorp Utilities reportedly carried out a thorough internal investigation. It has since reviewed and updated documents, procedures and pressure testing training.

HSE inspector Victoria Wise said: "All three companies failed Mr Chadwick. If appropriate pressure relief had been fitted and the companies had put in place a system of work that was safe Dennis would not have been exposed to the harm he suffered."