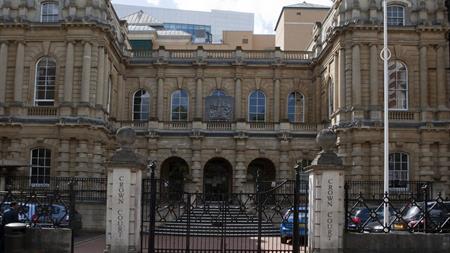 As we reported earlier this week, Selig UK employee Thomas Jones' arm was fractured in several places and he sustained muscle and nerve damage while trying to fix the company's bespoke, 28 m laminating machine on 15 October 2013.

The custom-built equipment produces sealing products such as foil for coffee jars and Selig's patented Lift 'n' Peel seal for milk and juice bottles. The machine's splicing function had been causing problems since its installation in autumn 2012; it sometimes failed to cut the sealing material or to wind it onto an empty reel. Selig was aware of these issues and had told workers to use a stick or broom handle to hook the material back onto the reel.

On the day of the accident, material had failed to adhere to the new empty reel and started to pool onto the floor at a rate of around 70 m per minute. Jones attempted to cut off this excess material and reattach the tail end to the reel. His hand was caught in an in-running nip between two rollers and he was pulled in up to his shoulder.

"At the time of the accident the injured person wasn't using the stick; he was using his hand," HSE inspector Karen Morris told IOSH Magazine.

Though Selig did not sanction this method, the inspector said evidence given at Reading Crown Court demonstrated that other workers were also using their hands to resolve the problem. "What is clear is that there was an issue with the machine and that the operators started to develop their own systems for fixing it."

Morris noted that even using a stick was not ideal because it could have become caught and kicked back, causing an injury.

Before the October incident, Selig sent out a safety alert to its operators advising them how to deal with the laminater's technical problems after a near-miss when another employee was almost dragged in to the rollers.

In 2009 the HSE issued Selig with an improvement notice after a worker sustained injuries from unguarded rollers on a previous model of the laminating machine.

There was lots of guarding on the new machine, including interlocked gates and perimeter guarding, however the area where the accident occurred was not fully guarded. Selig had requested the manufacturer to add more guarding after it recognised workers could lean into the danger area. The machine's German maker Er-we-pa said this was not possible because the finished reels would strike the guard, so Selig installed pressure sensitive mats to prohibit people standing in the area immediately by the danger zone.

After the accident, Selig fitted the laminating machine with a fixed guard and found the reels of material did not strike it, despite having been told otherwise by Er-we-pa. "The fixed guard is now on there and no one can reach into the danger area because it's completely blocked off," the inspector continued.

In court, Selig UK pleaded guilty to breaching Regulation 11 of the Provision and Use of Work Equipment Regulations and Regulation 3 of the Management of Health and Safety at Work Regulations. It was fined £240,000 as a medium-sized organisation (turnover between £10m and £50m) whose offence was determined to be harm category 2 (medium culpability, level B harm with a high likelihood). The fine for this category can range from £100,000 to £600,000 and the fine would have been £360,000 if an early guilty plea discount had not been applied. It must also pay £9,232 in prosecution costs.