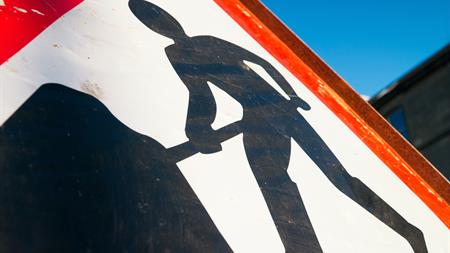 Between July 2017 and September 2017 almost 3,500 incidents were recorded, ranging from physical and verbal abuse of road workers to motorists driving into coned-off work areas. Of these, 150 were serious and resulted in four road workers and two drivers being hurt.

Highways England, the government body responsible for operating and maintaining England's roads, said it received nearly 300 reports a week from workers who had been subjected to abuse. Its traffic officers who patrol the roads are the most common targets.

It urged motorists to "be patient" if they are affected by roadworks and to "respect" the workers.

To emphasise the dangers reckless drivers can pose to its workforce, Highways England has released new video footage of a motorist mounting the pavement, while another incident captured on camera shows a lorry driver maneuvering through coned off roadworks on the M1.

Chief highway engineer Mike Wilson said: "Drivers who selfishly and illegally ignore these traffic restrictions and force their way through are putting both their lives and those of our road workers at risk -- all to save a few minutes on their journey."

"Just because workers aren't visible, it doesn't mean they are not present. This is especially true when operations take place at night, but also applies when visibility is restricted by works vehicles and equipment," Highways England said. "Think what it would be like if you had to contend with lorries and cars driving through your place of work."