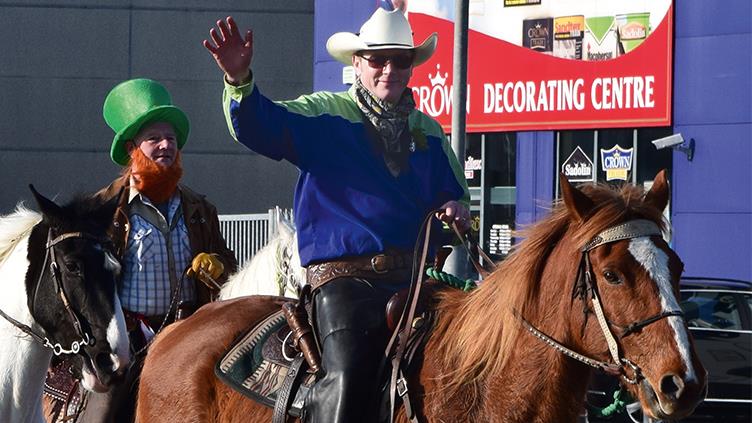 He died nine years ago, and I inherited his cowboy gear and his horse. I've continued on with it. Every year, in his memory, a few of us get together to have a ride-out from the Chaparral in Convoy. The ride-out is in the summer, and the proceeds go to a local charity, the Society of St Vincent de Paul (SVP).

I am an active member of SVP: it was founded in 1844 and is the largest voluntary charitable organisation in Ireland. As well as providing direct assistance to those in need -- caring for the homeless, providing social housing -- the society promotes community self-sufficiency.

We have around 12 to 15 riders now, so we've set up an association called the Western Riders Association. As well as doing ride-outs, we go camping. I have my own tipi, which I also take to festivals. There is a three-day country music festival I go to each year called Cowboys and Heroes. 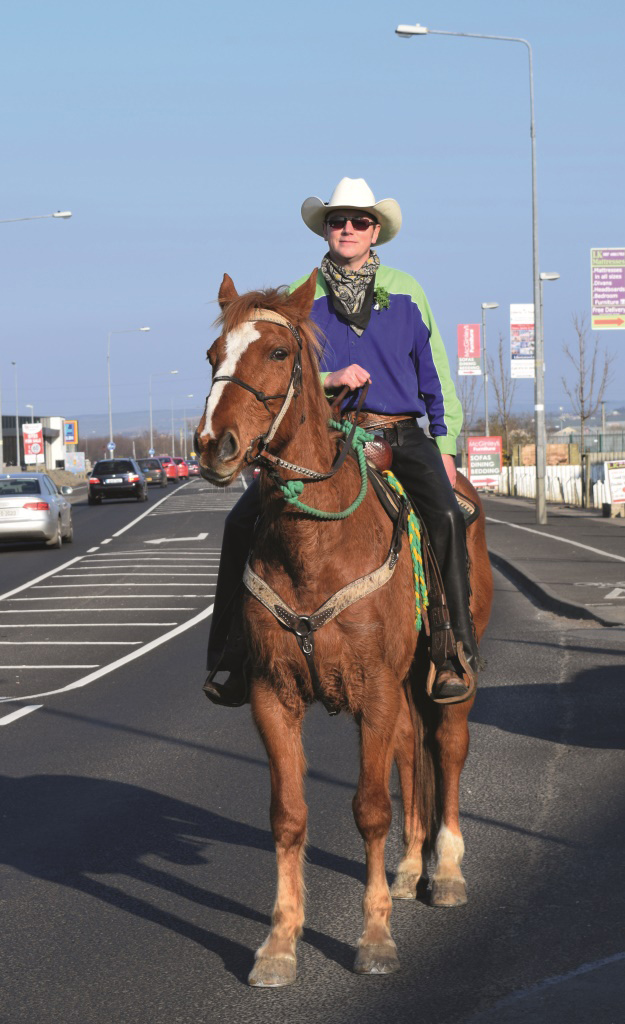 I've always been interested in cowboys and western films. Like most young boys, I watched John Wayne and I suppose I imagined being like him. Last December I was in Las Vegas with my wife, Mary, for the National Rodeo finals and I visited Los Angeles and walked in his footsteps. I have two grandchildren now, two boys aged four and two, and they are interested in horses and cowboys too. The horse that belonged to my father-in-law is called Rex; I also have another, smaller one called Sparky.

What I enjoy most is getting up on the horse and going out on a ride. There are some lovely trails in Donegal and we just mosey along them, riding through nice scenery. It's an escape; something completely different.

When we go camping, we light a fire and sing songs around it. It is good smelling the coffee in the morning and being out in nature; every so often you will see a golden eagle.

I have always been interested in cowboys and western films. Like most young boys, I watched John Wayne

In my day job I am a safety adviser -- the Safety Man. I've been doing it for around ten years and I work with my son, Jim. We both have engineering backgrounds; I used to work for DuPont. We work with around 170 small and medium-sized companies.

At work I am telling people to make sure they check their equipment, and it is the same when I ride. When you are out on a horse, there are risks, so it is about checking all the gear and making sure everything is as it should be with the horse and the saddle. I need to make sure there is not a thorn under the saddle blanket, for example, which could distract the horse; that the gear is all in good condition and properly adjusted; that the horse is properly shod. When we are out, I make sure I do not get too close to other horses. During ride-outs, we have a vehicle with a flashing beacon on it in front of us and another behind us. 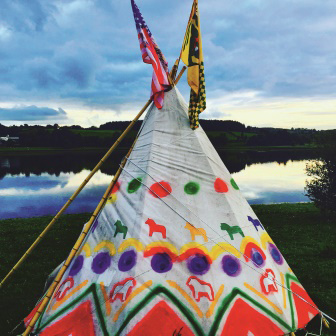 When we go camping, I have all the safety gear: first-aid kit, fire blanket, fire extinguisher. I'll put out the camp fire, and make sure there are no sparks. So, although they are completely different situations, I think the same way in my hobby as I do in my business.

My hobby does play a part in my day job, too. When I do consultancy and training, I teach people about the importance of teamwork: you need to know your equipment, know the people around you, and know how people will react in critical situations.

When I am out riding it is relaxing, the scenery is beautiful, and you get to know different people. In winter, horses can be hard work: feeding them, clearing them out -- but you can get livery, or just a hire horse. It's worth it.