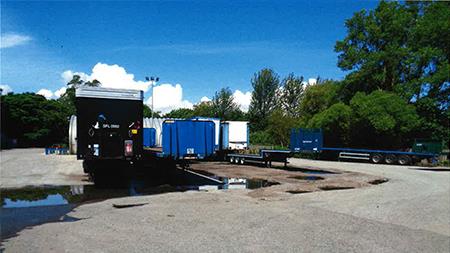 Colin Lawson Transport, which operates a fleet of over 60 vehicles and services the oil and gas sector, was prosecuted after employee Graham Forsyth became trapped between two heavy goods vehicles while working at the company's Aberdeen site, the Yard, on 30 May 2016.

The company, which says on its website that driver training is paramount and that it undertakes regular internal driving assessments along with ADR training to improve driver skills, pleaded guilty to breaching s 2 and s 33(1)(a) of the Health and Safety at Work Act at Aberdeen Sheriff Court.

According to The Press and Journal, Forsyth was helping to park lorries at the company's yard when the accident happened. A lorry shunted backwards and hit Forsyth who later died in hospital.

The court was told that Colin Lawson Transport did not permit staff to stand behind vehicles to give directions, so did not provide training for the task. However, the court was also told that employees habitually guided lorries from the rear.

HSE inspector Connor Gibson said: "This incident could have been prevented if the company had put a safe system of work in place when moving vehicles."