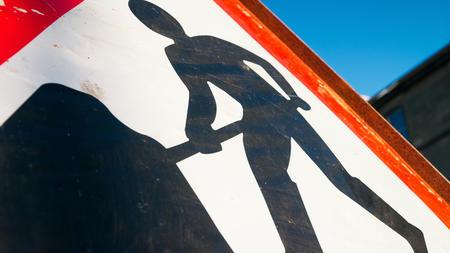 The commissioner can issue penalties up to £50,000 where a roads authority or utility company has not complied with its duty of care towards workers and the public.

It found the council had also failed to comply with the Code of Practice for the Co-ordination of Works in Roads and was working without a valid notification on the Scottish Road Works Register.

Angus Carmichael, Scottish Road Works Commissioner, said: "In general, the performance of North Lanarkshire Council has appeared satisfactory, however, recent events have revealed significant failures in terms of safety and co-ordination. Road works carried out on behalf of the authority, by contractors, resulted in endangering road workers and the general public. These works were not recorded on the Scottish Road Works Register and appropriate traffic management was not in place.

"My organisation has met with North Lanarkshire Council to review their performance and current practice with respect to road works legislation. North Lanarkshire Council were proactive in investigating and providing information on their proposed corrective action. Having reviewed the information provided, I concluded that the organisation has failed to meet its statutory duty to co-ordinate under s 118 of the New Roads and Street Works Act 1991. In view of their clear performance failures, I was left with no option other than to apply a financial penalty."

"As the failures are of a very serious nature, compromising both safety of those working for the roads authority and the public, I have decided to impose a penalty of £5,500 to send a clear message to all organisations undertaking road works that poor performance is unacceptable and that all legislation must be followed.

"North Lanarkshire Council has confirmed that they are committed to improving their performance and complying with legislation."