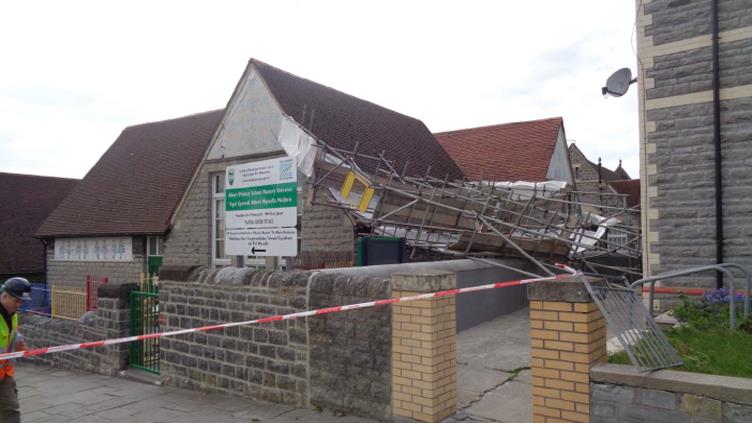 Cardiff Magistrates' Court was told Swain Scaffolding had erected scaffolding 7 m high and 8 m long at the gable end of a residential property in Penarth, Vale of Glamorgan in south Wales on 5 May 2017. At around 1.30pm, the scaffold collapsed landing on a single storey roof above the school's playground.

At the time of the collapse, a group of nursery children were playing outside only a few metres away. Minutes before the collapse, the playground had been full of children.

The Health and Safety Executive (HSE) found the scaffolding was not adequately designed or installed to withstand foreseeable loads. Swain Scaffolding had also failed to tie the structure to the adjacent building and did not have adequate buttressing or rakers.

The HSE said it was "essentially a freestanding structure". This meant that it was almost inevitable that it would collapse, even in good weather conditions.