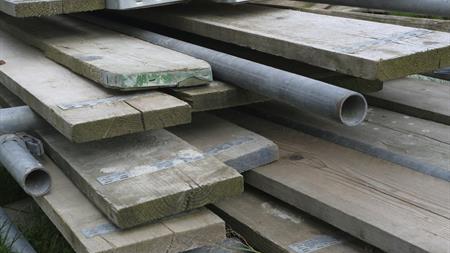 Stewart Thomas, 31, was carrying out scaffolding work for the installation of solar panels on a barn roof at Gaddesden Home Farm on 25 July 2013.

St Albans Crown Court heard that Thomas was laying scaffold boards along the roof ridge when he fell through the roof and hit the concrete floor 8 m below. He suffered multiple injuries to his head and neck including a brain stem injury, a punctured lung, broken ribs and a lacerated liver. He was paralysed and now requires residential care.

Hemel Hempstead Scaffolding had never completed a risk assessment or a written method statement for this type of work, the Health and Safety Executive's (HSE) investigation found. There were no fall protection measures and no supervision of trainee scaffolders.

Speaking after the hearing, HSE Inspector Stephen Manley said: "The company's approach to health and safety was poor. They failed to properly and safely plan the work they were contracted to carry out and failed to supervise inexperienced young workers. The particular works would have been unfamiliar to the team and so the lack of thorough supervision was lamentable."